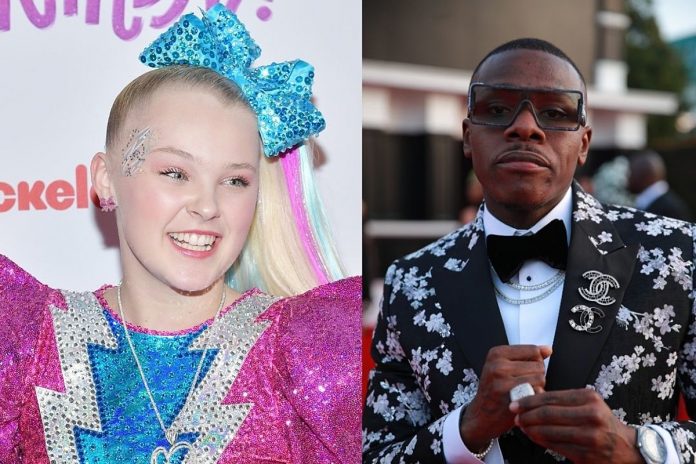 Fans were upset and confused after DaBaby seemingly dissed JoJo Siwa in his new track.

DaBaby dropped his “Beatbox Freestyle” on Friday (Feb. 19). The track is a spin on SpotEmGottem’s single “Beat Box” that was released in April 2020.

“You a b—h, JoJo Siwa (B—h) / You let the wrong n—a get rich,” he raps on the track. In the music video, he also holds up his cell phone with an image of Siwa in her trademark bow before continuing the song.

However, Genius directed the lyrics which revealed that he did not diss Siwa. “DaBaby compares the tendencies of his opposition to JoJo,” the outlet noted. “In response, he promises to make them remember not to mess with him. Here, “Siwa” functions as a homophone with ‘see why.'”

The Dance Moms alum isn’t the only name drop on the song. DaBaby also mentions Stevie Wonder and T.I.

Although he may not have dissed Siwa, fans took it upon themselves to share memes and reactions to the song.  The YouTuber and rapper quickly became a trending topic on social media over the weekend on Sunday (Feb. 21).

Vanessa Hudgens Says Coronavirus Comments Were ‘Taken Out of Context’

Don Cheadle Is the Villain in Space Jam 2