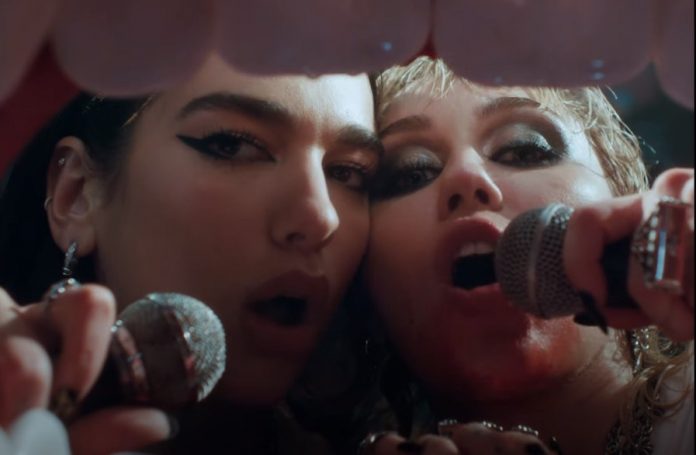 Miley Cyrus and Dua Lipa serve eighties throwback with ‘Prisoner’
Miley Cyrus and Dua Lipa have spent most of this year bringing us a 2020 twist on the heydays of the eighties. Dua Lipa released the outstanding album Future Nostalgia which brought back the eighties synth pop just as much as it did disco and Cyrus sampled ‘Edge of Seventeen’ by Stevie Nicks on her whirlwind single, ‘Midnight Sky’. Now they team up for a duet titled ‘Prisoner’ and as expected, it is eighties pop heaven.

Lipa and Cyrus co-wrote the track with a team of six other songwriters and the flawless production is by Andrew Watt and The Monsters & Strangerz. Interestingly enough, the writers of eighties classic ‘Physical’, performed by Olivia Newton-John, are not credited, while the chorus sounds like a sample of this. Taking this into account, it is needless to say that hooks are in all the right places on this track. Sure, there is quite some repetition in terms of melody, but it only makes me want to keep hitting the replay button on this 2 minutes and 49 seconds long song.

The husky tone of Lipa’s voice melts seamlessly with the raw tones Cyrus has been showing off more recently. They take turns on the verses, pre-choruses and the chorus itself and they both own every word they sing. ‘Prisoner’ is not one of those releases where one artist jumps on the other artist’s track. It is both a Miley and a Dua song! In the lyrics, the pop stars sing about feeling imprisoned by their feelings for an ex lover. Relatable bops are the best bops!

They recorded a ‘bloody’ and steamy video for the tune as well. Miley’s new record Plastic Hearts is out in a week!

Which Vintage Tour Would You Love to Relive? Vote!