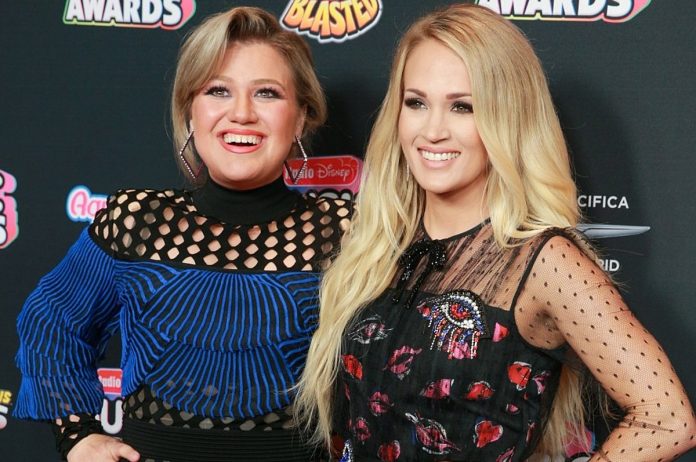 The Kelly Clarkson Show host revealed that she signed an autograph as Underwood for a fan who mistook her for the “Champion” singer during the October 16 episode of her talk show.

Clarkson told the story during a segment where she discussed her embarrassing and awkward moments. “This girl came up to me and was like, ‘Oh my god, your song ‘So Small’ is one of my favorites,'” Clarkson began. “And I kept thinking, ‘I don’t have a song ‘So Small.’ And then she said another song and I was like, ‘Oh, you think I’m Carrie Underwood.'”

“I literally look nothing like Carrie Underwood,” she laughed. “I was so embarrassed for her that I just… She was like, ‘Can you sign this?’ And I totally signed ‘Carrie Underwood.’ I think that might be illegal!”

Clarkson isn’t the only person that has been mistaken for Underwood, Reese Witherspoon also had a similar run-in. Witherspoon tweeted about the incident and that it made her day.

“YOUR day?!?!?!?! That lady just made my whole life,” Underwood responded to Witherspoon.

Marvel’s WandaVision Is Facing a Trademark Battle with Hong Kong