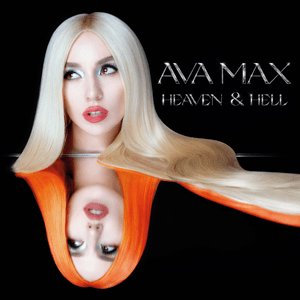 Ava Max has the last laugh as she announces debut album for September release
Ava Max kicked off her career in a spectacular manner when her single ‘Sweet But Psycho’ became an international number 1 hit. The follow up songs did not create as much buzz as hoped for and her long awaited debut album was postponed multiple times. While single ‘Salt’ already started to turn the tide for her in some countries,  it was ‘Kings & Queens’ that grew (and is still growing) into a proper international hit that regained her exciting pop star status. Enough reason to secure a September release for the album and to drop another new tune, titled ‘Who’s Laughing Now’.

With ‘Who’s Laughing Now’, Ava Max continues her brand of ear catching uptempo pop tunes. She co-wrote the song together with a team of mostly Swedish hit writers and they created another insanely catchy, polished little bop. The track has an infectious whistle melody that immediately draws you and settles in your brain and the actual chorus does not disappoint. Ava’s delivery is on point throughout as she does quite the awesome evil laugh in the middle-eight. ‘Who’s Laughing Now’ is the kind of uncomplicated, inoffensive pop banger we all need once in a while.