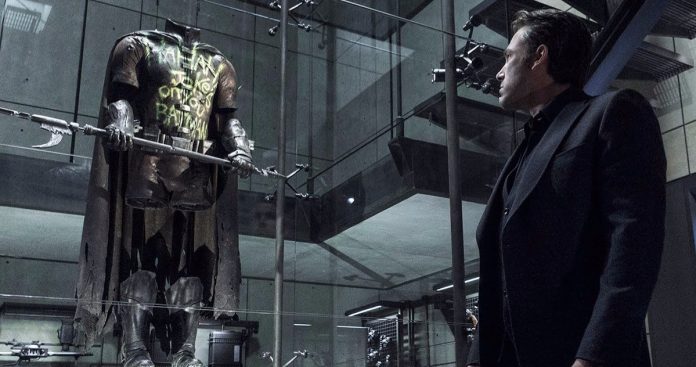 Zack Snyder’s Justice League is one of the most anticipated superhero movies arriving next year, promising to set right all the issues fans had with the theatrical release of the film back in 2017, and restoring the franchise to Snyder’s grand vision. Recently, a fan asked Snyder on Vero if there were any plans to delve deeper into the background of Dick’s death in Justice League, to which Snyder responded with the following.

While Robin has not appeared so far in the DCEU that Justice League is a part of, his fate has been hinted at a few times. In Batman V Superman, there is a glass case in the Batcave containing a mannequin wearing Robin’s costume and holding a bladed quarterstaff, with the costume having the words ‘HAHA Joke’s on you, Batman’ emblazoned across the front.

In David Ayer’s Suicide Squad, it was revealed that Harley Quinn and Joker had banded together to kill Robin. Ayer and Snyder later confirmed that the backstory for these references was supposed to be that Robin’s brutal death at the hands of Joker and Harley is what pushed Bruce Wayne aka Batman to become more brutal towards the criminals of Gotham, and the costume in the glass case was a reminder for Batman as to what would happen if he let things get too out of hand.

There had been another popular fan theory circulating around the fandom, that Jared Leto’s Joker in the DCEU was actually Jason Todd aka Robin, who was captured and tortured so badly by the original Joker that Todd killed him and became the new Joker, nursing a vendetta against Batman for failing to save him. This theory has since been rejected by Ayer, so that is one twist that fans can cross off the list of possible revelations in Zack Snyder’s Justice League regarding Robin’s death.

So in what other capacities could Robin’s death be referenced in the upcoming film? In the 2017 theatrical release, there is a scene where Diana Prince aka Wonder Woman enters the Batcave without Bruce knowing about it. That could lead to Diana discovering Robin’s costume in the glass case and learning of his demise, either from Batman or Alfred. There is also a scene where Bruce confronts Diana in front of the other Justice Leaguers over her loss of faith in humanity following Steve Trevor’s death. This could be a fitting moment for Diana to remind Bruce that he also lost faith in humanity following Robin’s death and for Bruce to come clean in front of his teammates regarding the truth of his sidekick’s demise.

In any case, fans should not expect the movie to devote too much time to revealing Robin’s fate. Zack Snyder’s Justice League is supposed to wrap up a trilogy’s worth of storytelling in the span of a four-hour feature. That means Zack Snyder will have to be very economical with what he wants to add to the movie’s plot, most of which will be devoted to exploring the backstories and character arcs of the actual members of the league, and the main villain Steppenwolf. This comes to us from Imgur.