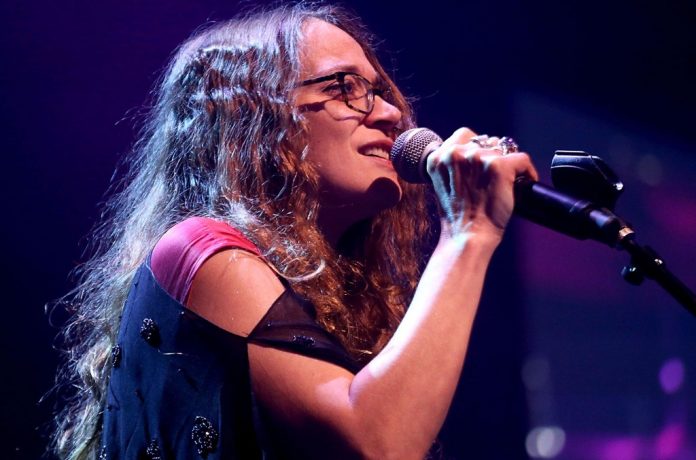 Fiona Apple is putting two of the songs from Fetch the Bolt Cutters to good use. According to the Fiona Apple Rocks Tumblr, the singer will donate all proceeds from TV and movie placements for “Shameika” and “Heavy Balloon” to charity for the next two years. In the case of “Shameika,” the royalties will go to the Harlem Children’s Zone, while the “Heavy Balloons” proceeds will go to Seeding Sovereignty.

In what appears to be a hand-written note in which she asked fans to “tag music supervisors,” Apple added: “I will still give each organization I mentioned here fifty thousand dollars if no one ends up requesting use of these songs. BUT I will be able to give a lot more if I can earn some of that Hollywood cash, so here’s hoping, here’s trying and that’s that, I guess!” Billboard has reached out to an Apple spokesperson for confirmation on the pledge; Pitchfork confirmed the news.

It’s not the first time the singer has earmarked TV and movie placement earnings to charitable causes. In 2019 she pledged to donate the earnings from her 1996 breakthrough hit “Criminal” to the refugee agency While They Wait Fund for two years.

Apple, who recently joined a Black Lives Matter protest in Los Angeles, made a record-breaking return to the charts in May, with “Shameika” debuting at No. 24 on Billboard‘s Adult Alternative Songs airplay list dated May 9; it was the first time the singer had appeared on a Billboard airplay survey since Feb. 12, 2000 with “Fast As You Can.” With the placement, Apple broke the record for the longest streak between Adult Alternative Songs entries.

How Did Older Albums by Madonna, Mariah Carey & Janet Jackson All See Sales...

MUSEXPO 2020 Is Postponed Due to Coronavirus