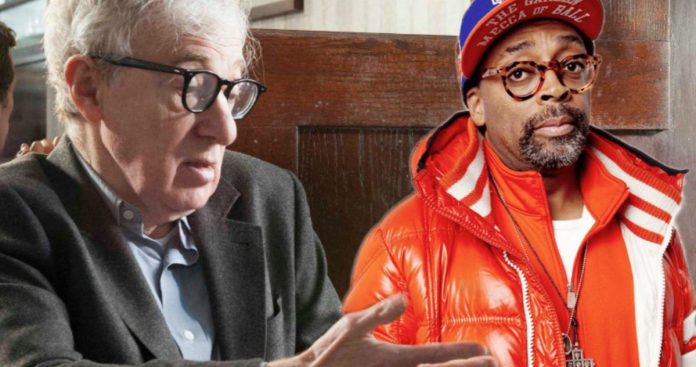 Spike Lee is standing up for fellow director Woody Allen. Lee also went on to criticize cancel culture. Allen has been accused of sexually assaulting Dylan Farrow when she was 7-years old, which he had denied for nearly 30 years now. The director says that denouncing him has become the “fashionable” thing to do these days and likened it to people eating kale. Whatever the case may be, Allen stays steady in public and claims these things don’t get to him, though Lee says it affects him more than people realize.

Spike Lee was recently interviewed by New York City radio station WOR’s In the Morning show to promote Da 5 Bloods, which is now streaming on Netflix. The subject switched over to Woody Allen and Lee did not back down when asked about the director. As it turns out, the two directors are friends. Lee had this to say.

“I’d just like to say Woody Allen is a great, great filmmaker and this cancel thing is not just Woody. When we look back on it we are going to see that – short of killing somebody – I don’t know you just erase someone like they never existed.”

Woody Allen has been going through quite a bit lately. The original publisher of his memoir dropped it after protests within the company and it was quietly released through a second publisher, though not a lot of people even know it’s out on the shelves. “Woody is a friend of mine, a fellow Knick fan, and I know he’s going through it right now,” says Spike Lee. Allen explained his side of the story in an interview, noting, “You can give them the facts over and over. But the facts don’t matter. For some reason, emotionally, it’s important for them to buy into the story.”

Spike Lee is not the first person to come out and support Woody Allen. Black Widow star Scarlett Johansson has been very vocal about her support of the director over the years. Jeff Goldblum was asked about working with Allen late last year and said, “As we know, times have evolved… I’d have to say yes. Yep. I’ve looked into some of it, and I’d look into it more, but the answer is yes.” Goldblum caught a lot of flak for taking Allen’s side, though it didn’t last too long.

Spike Lee is not afraid of sharing an unpopular opinion. He launched and maintains his career by his own set of rules and principles, which gains him much respect. However, siding with Woody Allen might put him in some hot social media water for a few minutes before the world shifts it’s attention to someone or something else. There’s a lot going on at the moment and Lee has been very outspoken about his feelings. You can head over to I Heart to listen to the full interview with Spike Lee.