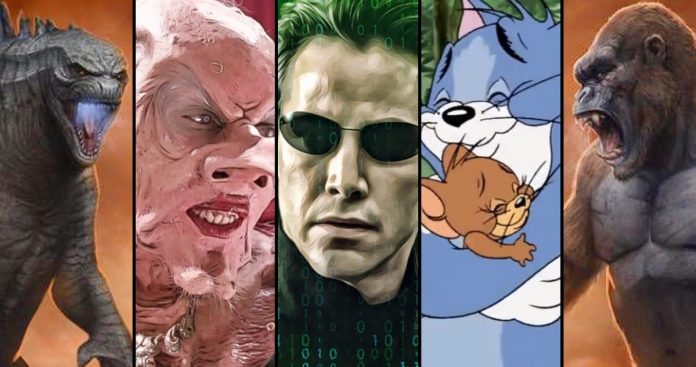 Warner Bros. continues to surprise no one by making release date moves in its schedule, following the announcements earlier today that Tenet and Wonder Woman 1984 have been delayed from their original release dates. Following on the Tenet and Wonder Woman news is the latest on The Matrix 4, which was in production in Germany before the production halt caused by the global health crisis. As a result, Warner has moved the title from May 21, 2021 to April 1, 2022, grabbing nearly a year to finish the pic.

This move of the untitled fourth Matrix film nearly a full year back on the calendar, to the spring of 2022, is the latest in a rapid-fire list of changes that Warner Bros. released this afternoon. Anne Hathaway’s The Witches remake was also completely removed from the release schedule. Yanking Witches entirely is a bit of a strange move, since it was destined to appear this October and, as such, was likely finished.

Moving Matrix 4 from its date on May 21, 2021 will make room for Godzilla Vs Kong to slide into that spot, having been delayed from November 19, 2020. Having made all these moves, though, Warner was still not done, as they’re moving the animated Tom and Jerry from December 23, 2020 to March 5, 2021 and pushing an untitled New Line horror movie to June 4, 2021 and completely pulling an untitled Warner Bros. ‘event film’ that was planned for October 16, 2020 from the schedule.

Altogether, WB moved dates on a total of six titles and completely pulled two others, with the news all cascading into the ethersphere within about an hour late Friday afternoon. As we’ve long said, studios cannot open major event titles with production budgets of $100 million or more when most theaters aren’t open or, if they are, aren’t packed with paying bodies. Despite the declared best efforts of the major cinema chains, most recently with AMC and Cinemark both committing to have their global systems open by no later than mid-July, the studios realize that with capacity limitations of 25%-50%, they can’t open these huge films, making a further mess of the 2020 summer movie slate.

The deluge of titles getting pushed back, of course, wreaks havoc on studio schedules as other titles must also slide. Certainly, though, those like Matrix 4 that were forced to shut down and now likely won’t be finished in time for their original release dates, simply need more time and – since there is a massive production bottleneck spanning all aspects of the process (including sound, effects, post and more), it is increasingly likely that all unfinished projects will be further delayed.

It remains to be seen what actions the other major studios will take, as they digest the new dates that Warner is claiming. It’s widely anticipated that Disney may just take its live action Mulan straight to Disney+ instead of chancing its release in cinemas that are simply limping as they struggle to open in July amidst major local capacity restrictions. Indeed, with Nolan’s Tenet now sitting on a July 31 date, Mulan is leading the pack of major post-shutdown reopening titles. The industry waits to see if Disney wants to break the ice, or simply get out of the way and let the honors fall back to Nolan on July 31. This story was originally reported by Variety.

Topics: The Matrix 4, The Matrix, Godzilla Vs King Kong, Tom and Jerry, The Witches

Long-time sporadic contributor to MovieWeb & TVweb. I favor movies with explosions and gun fights and TV that looks like movies. I also follow and cover the business of Hollywood, cinema and streaming.

Abbey Road Reopens From Lockdown: ‘We Will Recover, But It Has Hit Our Bottom...