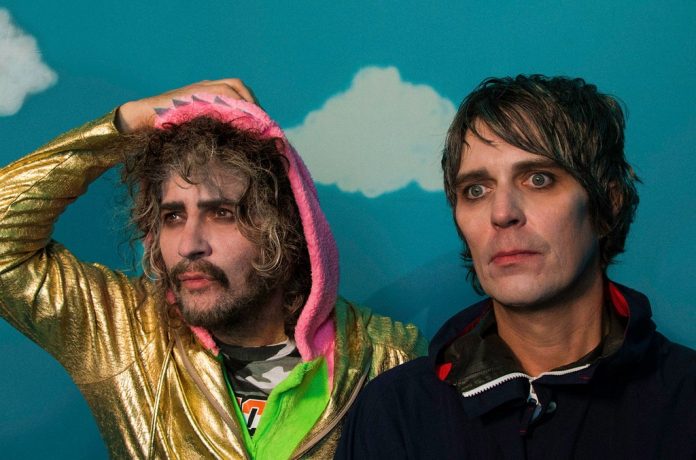 If you’ve lived with The Flaming Lips, you’ll know they live in a bubble. A psychedelic bubble, never quite touching the ground.

On Wednesday night (June 10), Wayne Coyne and Co. were up to their magical tricks when they Zoomed in to Stephen Colbert’s Late Show for a performance of “Race For The Prize,” originally a single lifted from their 1999 album The Soft Bulletin.

This being a global pandemic where social distancing is paramount, Coyne, his bandmates and the audience got to work inside giant inflatable bubbles, a staple from the group’s live shows.

Bubble-wrapped concerts probably aren’t the future. But on the Flaming Lips’ planet, that’s how socially distant gigs are done.

“Race For The Prize” also appeared on The Soft Bulletin Recorded Live at Red Rocks with the Colorado Symphony Orchestra, which dropped last November.

Check out the performance below.