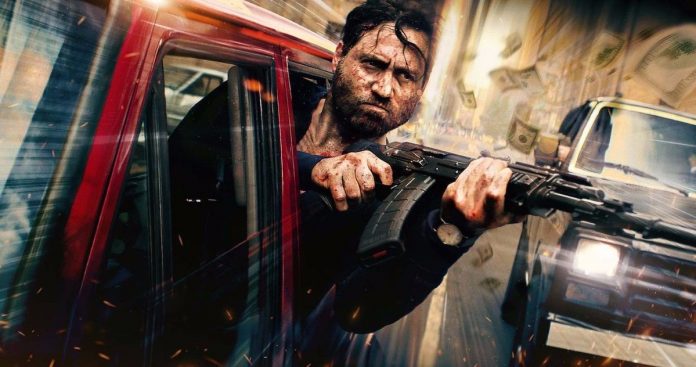 Netflix’s latest original movie has joined an exclusive club, albeit one that the company would undoubtedly prefer not to be associated with. The Last Days of American Crime, which hit the streaming service recently, has earned a rare 0 percent approval rating from critics on Rotten Tomatoes. It is the first movie to accomplish this since both John Travolta’s Gotti and Amber Heard’s London Fields did it in 2018.

The Last Days of American Crime, which was directed by Olivier Megaton, as of this writing, has 21 reviews counted on Rotten Tomatoes and not a single one of them is positive. The audience score isn’t much better as it currently sits at a measly 24 percent. For whatever it may be worth, Megaton’s highest-rated movie on the site is 2008’s Transporter 3, which sits at 39 percent. In any case, this is probably not what Netflix had in mind when they signed on to produce an adaptation of the graphic novel of the same name by Rick Remender and Greg Tocchini. Karl Gajdusek (Oblivion, The November Man) penned the screenplay.

RELATED: The Mandalorian Season 2 Has Upped the Action with Extraction Director Sam Hargrave

Some other infamous examples of movies that earned the 0 percent rating are Jaws: The Revenge, the E.T. ripoff Mac and Me and Highlander 2: The Quickening. More recent examples include the Cabin Fever remake, Max Steel and Jim Carrey’s Dark Crimes. Netflix also has another original production with the distinction, as Adam Sandler’s western/comedy The Ridiculous 6 failed to connect with critics back in 2015. All of this to say, The Last Days of American Crime is not in good company. Despite that, the movie was one of Netflix’s top trending titles over the weekend.

The Last Days of American Crime sees the U.S. government hatching an ambitious and extreme plan as a final response to terrorism and crime. The country intends to broadcast a signal making it impossible for anyone to knowingly commit unlawful acts. Graham Bricke (Edgar Ramirez) is a career criminal who was never able to pull off a big score. He teams up with the son of a famous gangster, Kevin Cash (Michael C. Pitt), and black market hacker Shelby Dupree (Anna Brewster). Their goal is to commit the heist of the century and, quite possibly, the last crime in American history before the signal goes off.

Netflix, like other studios in Hollywood, has aimed to get in on the comic book movie game in creative ways. Marvel is tied up at Disney and Warner Bros. controls DC. Comic book adaptations outside of the big two have been met with mixed results. Netflix owns Millarworld, Mark Millar’s comic book company, and intends to produce new shows and movies based on those properties as well. The Old Guard, which stars Charlize Theron and is based on the Image Comics series of the same name, is set to arrive on the streaming service this summer. This news comes to us via Rotten Tomatoes.

Man of Tomorrow Image Arrives as Voice Cast Is Announced