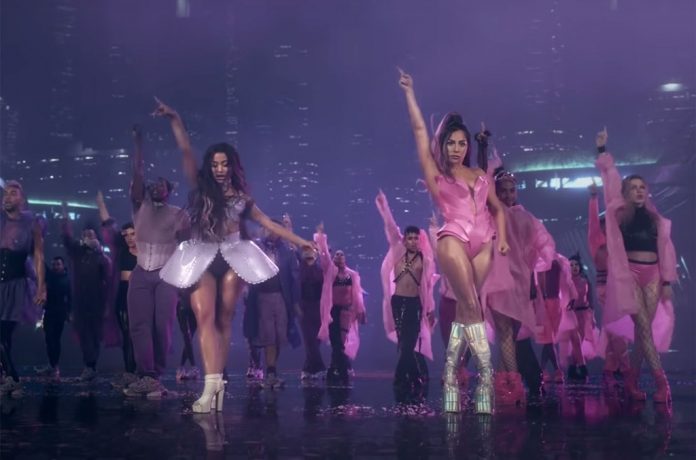 Lady Gaga has a chance of securing the U.K. chart double. Though a rockstar stands in her way.

“Rockstar” is the most streamed song in the week so far to lead the First Look survey, while “Rain On Me” (Interscope) by Gaga and Ariana Grande is close behind. “Rain On Me” has the advantage on downloads in the first two days of the chart cycle and is firmly in the race, according to the Official Charts Company.

Don’t count out Gaga just yet. Her sixth and latest album Chromatica on Friday landed the biggest opening week for any artist on the U.K. albums chart this year.

Making moves on the sales blast are dance tracks “Flowers” (No. 11 via Atlantic) by producer Nathan Dawe featuring rapper Jaykae; “Secrets” (No. 15 via Ministry of Sound) by Kosovan DJ Regard and British singer-songwriter Raye; and StaySolidRocky’s viral TikTok tune “Party Girl” (No. 20 via Columbia).

Lady Gaga Cozies Up to Her Boyfriend in New Selfie: ‘I’ve Got a Stupid...

MUSEXPO 2020 Is Postponed Due to Coronavirus