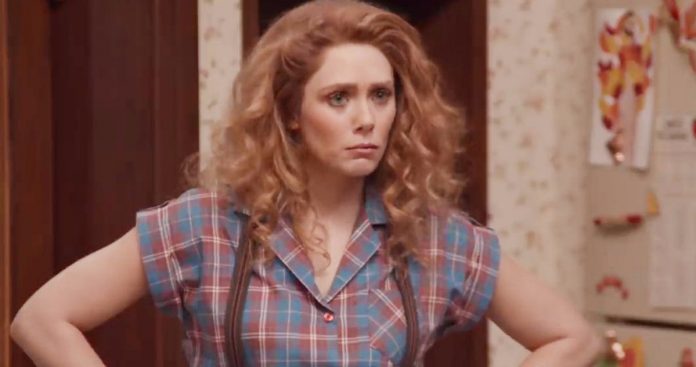 Marvel’s WandaVision is facing a trademark battle with Hong Kong’s Wanda Group. Disney+ is the home of the new series, which involves a ton of other Marvel Cinematic Universe projects like The Falcon and the Winter Soldier. Production on all Marvel projects had to halt back in March, but it is believed WandaVision will go back for reshoots starting in July, which is only a few weeks away, though, they might have some trouble getting copyrights for merchandise.

According to a new report, the “Wanda Group Ltd has been given an extension by the US government to challenge Marvel over the WandaVision trademark.” While that might not seem like a big deal, the Wanda Group presented a number of products which they will attempt to block Marvel Studios and Disney on. The list is massive and there’s way too much to include here, but it has everything from action figures and blowup toys to basketballs and bowling bowls, along with everything you can imagine in between.

The Wanda Group is massive in Hong Kong and they seem to be going out of their way to make sure Marvel Studios hits some speedbumps with WandaVision. As of this writing, it’s unclear how this will affect the upcoming series, if at all. There have already been whispers of name changes to completely avoid this type of situation, but that seems a bit drastic at this point in time. Regardless, the Wanda Group is pretty serious with their gigantic trademark list of things that they themselves will never come close to producing or selling.

WandaVision finds Elizabeth Olsen and Paul Bettany reprising their MCU roles. However, even with the brief bit of footage we’ve seen, this is not going to be an ordinary MCU project by any stretch of the imagination. The series is set in the 1950s and blends the style of classic sitcoms into the world that comic book fans have read about for years now and seen hinted at on the big screen, though this will find everyone questioning their own reality. In addition to Bettany and Olsen, the show also stars Teyonah Parris, Kat Dennings, Randall Park, and Kathryn Hahn.

Disney+ and Marvel Studios seem pretty adamant about getting The Falcon and the Winter Soldier and WandaVision out for their original release dates, which should be some good news for fans. While it has been reported that WandaVision will go in for reshoots next month, it has yet to be officially confirmed by anyone at Marvel Studios, though they probably wouldn’t be giving that kind of update normally. However, it would make sense to get back to business sooner, rather than later, in order to get both shows ready in time. Bleeding Cool was the first to report on the WandaVision and Hong Kong trademark troubles.

Topics: Vision and the Scarlet Witch, Disney Plus, Streaming

Lady Gaga on Social Distancing & Coronavirus: ‘The Healthiest Thing We Can Do is...