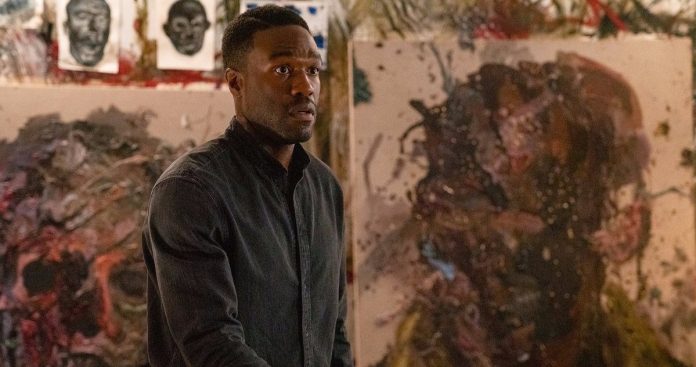 Is the Candyman reboot coming premiering in theaters and VOD this September? The movie was supposed to hit theaters next Friday, but the release date has been pushed to September due to the world’s current state of affairs. Studios have had to take nearly all of 2020’s movies from earlier this year and push them back to either later this year or early next year. Christopher Nolan and Warner Bros. are still attempting to put out Tenet this summer, even though movie theaters across America are still shut down.

In a social media exchange, original Candyman star Tony Todd confirmed that the remake was going to premiere in theaters on September 25th. When someone said they were concerned about going to a movie theater this year (for obvious reasons), Todd posted the release date again, which started to get people thinking about the VOD release. Adding to the speculation, Todd retweeted another fan talking about Candyman releasing on VOD and theaters the same day.

For now, it looks like the Candyman reboot will be opening in theaters on September 25th with an option for horror fans to also watch on VOD from the comfort of their own homes. This has yet to be confirmed by the studio or anyone else, but Tony Todd seems pretty excited about this. Director Nia DaCosta is also really excited for fans to see what they were able to create this time around. “Candyman would have come out next Friday. I can’t wait for you all to see it in September,” said DaCosta on Twitter earlier today.

Universal is putting out the Candyman reboot and they have been one of the trailblazers during this time of releasing movies to streaming VOD and finding success in doing so. Movie theaters have been closed since the middle of March, so a lot of studios have decided to shelve projects, rather than release them straight to VOD. The studio has teased that some of their future releases might end up going straight to VOD and the Candyman reboot could very well be one of those releases. For now, we’ll just have to wait and see how things go when the time comes.

There is a lot of mystery surrounding the Candyman reboot, including what Tony Todd’s role is. The movie follows Yahya Abdul-Mateen II’s Anthony McCoy, who is an artist who has just moved into a luxury loft condo in Cabrini, now gentrified beyond recognition and inhabited by upwardly mobile millennials. This is the neighborhood where sightings of Candyman were a frequent occurrence. Abdul-Mateen II’s Anthony character will go deep into some research which will also help out his art career, though it may have some deadly and long-lasting consequences. You can check out some of Tony Todd’s Twitter responses to Candyman fans below.

Lady Gaga Shares Tearful Message About ‘One World: Together at Home’ Concert