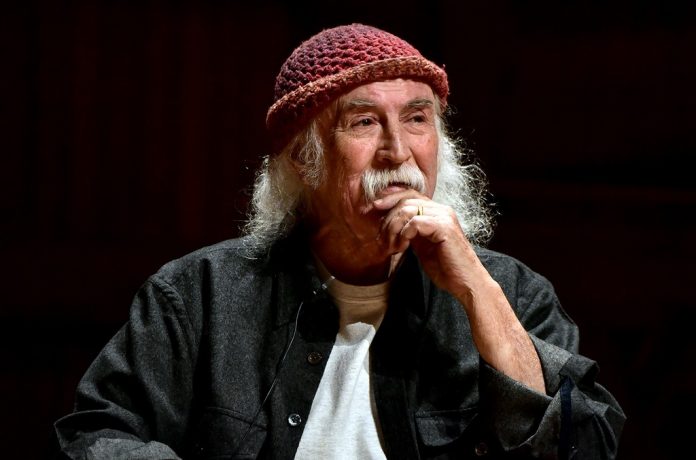 David Crosby’s still got it.

The legendary singer, who is twice inducted into the Rock And Roll Hall of Fame (with the Byrds and Crosby, Stills & Nash) was the musician guest on Stephen Colbert’s A Late Show, for which he Zoomed in for a special socially-distanced performance.

Crosby ditched the instruments and sang “What Are Their Names,” lifted from his solo debut LP from 1971, If I Could Only Remember My Name.

The veteran rocker, now aged 78, was the subject of the A.J. Eaton-directed 2019 documentary Remember My Name, which debuted to a strong reception at Sundance and was swiftly picked up by Sony Pictures Classics.

Watch his performance on Colbert below.