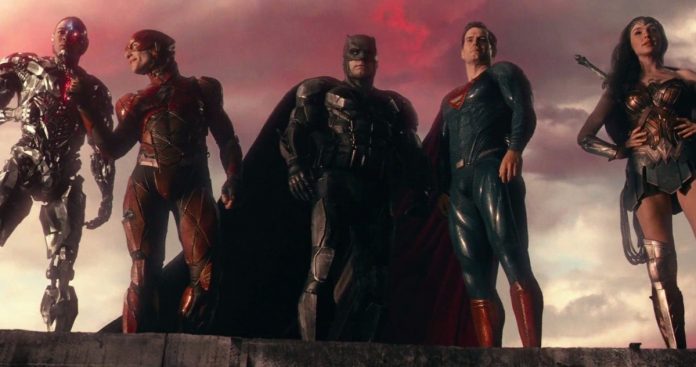 Zack Snyder has confirmed that he is already working on the Justice League trailer. The director officially announced that he is working on his original version of the movie earlier this week. The Snyder Cut will debut sometime in 2021 on HBO Max and DC fans are ecstatic. Over two years of pushing the studio to release the Snyder Cut has finally paid off in a major way and the release isn’t too far away from now. It was the good news that a lot of people needed to hear from a platform based on positivity.

Zack Snyder released an image from his version of Justice League this morning on social media. Instead of the normal black and white images that he has been sharing over the years, this one is in color. The focus of the image is Ryan Choi, but fans were more interested in asking questions about the Snyder Cut. One fan asked in the comments section, “I gather you’re in the editing process. Should I expect a trailer though?” Snyder responded with a simple, “Working on it.”

RELATED: Zack Snyder Fans Around the World Are Destroying Their Justice League DVDs

As for when we’ll be able to see the first Snyder Cut of Justice League trailer, that is unclear. The director is currently in the post-production process and the special effects are being taken care of. It’s also unclear just how far along Snyder and crew are in the process, though one can expect the director to keep fans updated, since that’s something he does quite frequently. It’s actually kind of surprising that the announcement didn’t come with a trailer or teaser, which leads one to believe that they’re just getting started.

Zack Snyder was approached by Warner Bros. back in November of last year to see if he was interested in returning to his version of Justice League. The #ReleaseTheSnyderCut movement had finally put enough pressure on the studio to get them to do something about it. The movement trended multiple times a month on social media over the span of two years and became something the studio could not ignore any further. In addition to being persistent, the movement was also positive. They raised thousands of dollars for worthy causes and even got fast food restaurants like Subway in on the deal.

The grassroots campaign accomplished something that most major studios wish they could pull off in terms of promotion. In the end, Zack Snyder agreed to come back on board and spoke to members of the cast about returning to take care of some voiceover work. Hopefully Snyder and crew can use some of the recent down time the world has received as a head start on the post-production process of Justice League. We’ll just have to keep our eyes glued to Zack Snyder’s Vero account for some trailer news. You can check out the image below.

Don’t Pass on The Matrix