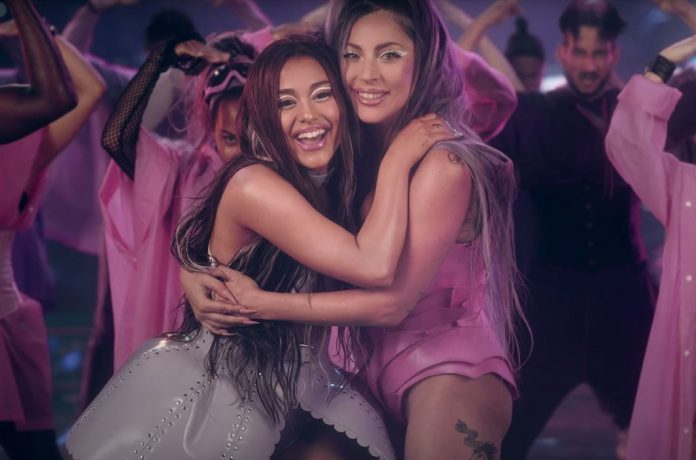 This Memorial Day weekend’s forecast might call for sunshine, but Arianators and the Little Monsters hope it pours after their favorites Ariana Grande and Lady Gaga released their first collaborative song “Rain On Me.”

But Doja Cat doesn’t want the showers to extinguish her hot streak after she jumped on The Weeknd‘s “In Your Eyes.” This remix could put her right on top of the Billboard Hot 100 again after she scored her first chart-topper with the Nicki Minaj-assisted remix of “Say So.”

Pharrell wills the sun to shine “like three seeds of pomegranates in my hands” in the deadmau5 and The Neptunes‘ joint jam “Pomegranate” that’s fully ripe and ready to be plucked out of each other’s summer playlists.

Clear skies bring back Agust D, the artistic persona BTS‘s Suga takes on when he releases solo projects much like his sophomore mixtape D-2. “My previous mixtape focused more on being better at rap, better at making music, sound, mix, master and so forth. I’ve worked on a lot more projects since then and didn’t really try to become perfect,” Suga exclusively told Billboard. “Perfection is an elusive term. I simply just did my best.”

So what will you be bumping to as you ring in the three-day weekend? Vote below!