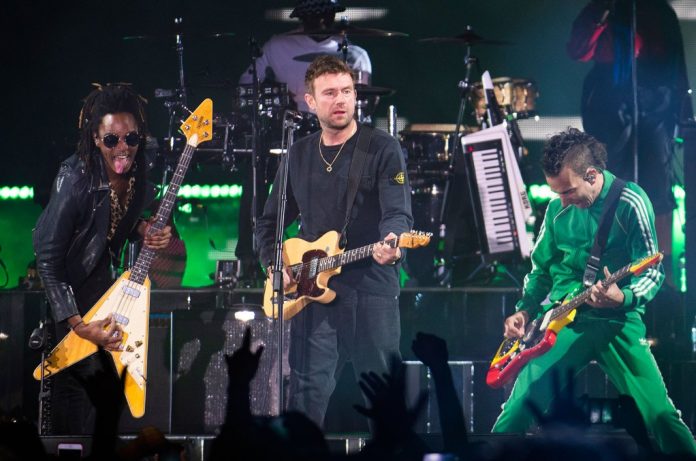 Damon Albarn has never been the type of musician to get bogged in a creative rut.

With Blur at the peak of their powers, Albarn stepped away to cut an album with Malian musicians, form the supergroup side-projects The Good, the Bad and the Queen and Rocket Juice and the Moon, act in a handful of feature films and produce musical theater.

One of his most ambitious projects, Gorillaz, took on a life of its own. Two decades later, the virtual band he created with Tank Girl illustrator Jamie Hewlett is humming along and has bigger billing in some parts of the world than Blur, Albarn’s Britpop band where it all began.

On Tuesday night, Albarn was a musical guest on Jimmy Kimmel Live. The veteran singer Zoomed it in for a “duet” of “Aries” with Gorillaz’s lovable rogue Stuart “2-D” Pot.

Working the keys, Albarn hit the right tone: “‘Cause I feel so isolated without you/ I can’t play a happy tune on my own, so stay by my side/ High or low tide.”

“Aries” is the third song in the band’s continuous 2020 rollout known as Song Machine: Season 1. The track recently debuted at No. 13 on the Hot Rock Songs survey, earning New Order and Joy Division bassist Peter Hook his first appearance on a Billboard chart under his own name.

Watch the performance below.