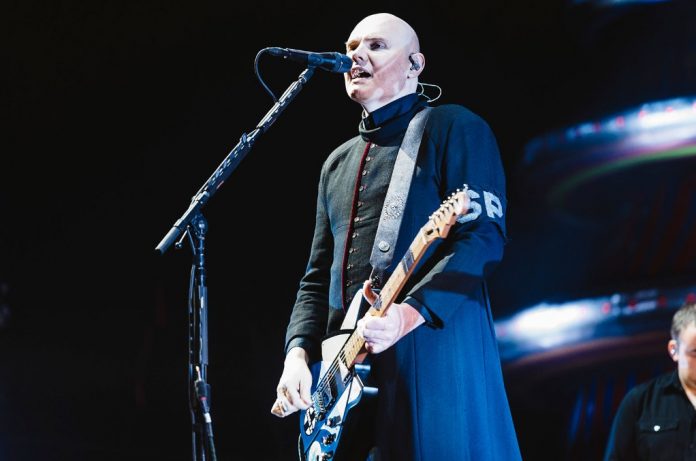 Billy Corgan is happy going solo, and he can be spectacular with his band.

On Monday night’s edition of The Tonight Show, Corgan went it alone for an acoustic performance from quarantine at home. Sporting a lockdown beard, Corgan performed “Hard Times,” an apt, country-flavored song lifted from his 2019 album Cotillions (as William Patrick Corgan).

Perhaps another round of Smashing Pumpkins music isn’t too far away. For its 30th anniversary in 2018, Corgan reunited the band, minus D’arcy Wretzky.

Corgan and Co. have reportedly been working on not one but two new albums. It falls into the “wait and see” category.

Portugal. The Man Talks New Album at Intimate L.A. Show: ‘This Is Like Future...

The ‘Charlie’s Angels’ Soundtrack Has Arrived

Celine Dion’s ‘Courage’ Aiming for No. 1 Debut on Billboard 200 Chart