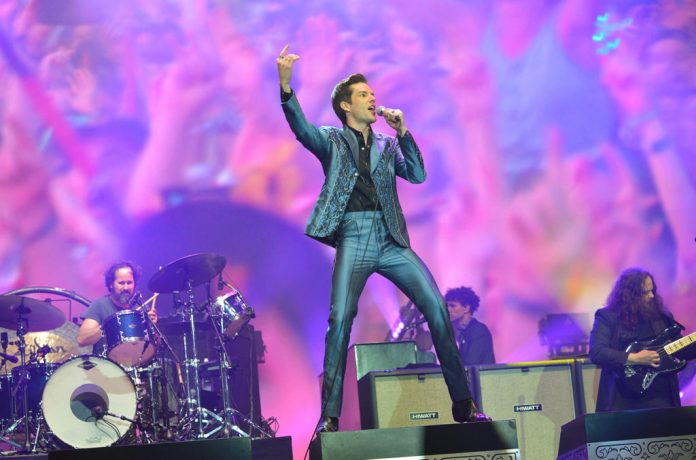 The Killers hit the right note, with the right message, when they appeared on The Tonight Show on Wednesday night (May 13).

Brandon Flowers and Ronnie Vannucci represented the Las Vegas pop-rock outfit for an at-home performance of “Caution,” lifted from their forthcoming set Imploding the Mirage.

At the top, Vannucci dedicated the song to healthcare workers “who are putting themselves out on the frontlines helping everybody in need.” He added, “we can’t tell you how much we appreciate that and how heroic that is.”

The pair brought the energy and filled it up on guitars, keys and a drum machine, with no gimmicks.

“Caution” made chart history last month when it rose 2-1 on Billboard’s Alternative Songs airplay survey, a full 13 years and six months after their last leader on the chart. It’s the new record-holder for the longest time between No. 1s in the Alternative Songs chart’s three-decade history.

Imploding the Mirage, the band’s sixth studio album, is slated for release this year. It’s the followup to 2017’s Wonderful Wonderful, which led the Billboard 200.

Watch the “Caution” performance below.