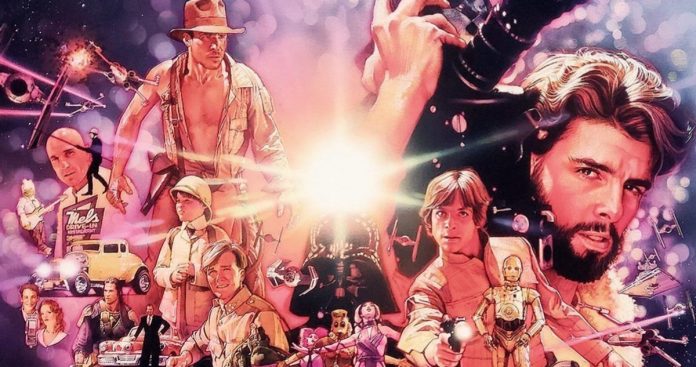 George Lucas, the man who created Star Wars, turns 76 today. Lucas was born on May 14th, 1944 and, even though he has technically only directed six movies, he is unquestionably one of the most influential filmmakers in history. All across social media, fans and those associated with the Star Wars franchise took some time to wish Lucas well on his birthday.

Starting with 1977’s Star Wars, later subtitled as A New Hope, George Lucas gifted pop culture with one of its most wide-reaching and beloved franchises. While Lucas sold Lucasfilm and the rights to the franchise to Disney in 2012, anything that has happened before or since is because of him. The official Star Wars social media accounts welcomed fans in wishing him a happy birthday by using a classic C-3PO quote.

RELATED: What Does Mark Hamill Think of Boba Fett’s Return in The Mandalorian?

“Thank the maker! Join us in wishing the great George Lucas a happy birthday today.”

Years before he created a galaxy far, far away, George Lucas made his directorial debut with a very different kind of sci-fi movie, 1971’s THX 1138. He then made American Graffiti before moving on to Star Wars, the movie that would go on to define the rest of his career. Mark Hamill, who plays Luke Skywalker in the franchise, wished Lucas a happy birthday as part of his “May the” series of posts.

“May The 14th 1944 Be The Day Genial Genius George Walton Lucas Jr. Was Born Without Whom My “May The” Calendar Would Not Have Been Possible”

One tribute came from actor Stephen Stanton, who has voiced characters on Rebels and Resistance, as well as playing Admiral Raddus in Rogue One. Stanton shared a clip of a PBS interview with George Lucas from 20 years ago, in which, the filmmaker shares his thoughts on what it means to be a hero.

“Everybody has the choice of being a hero or not being a hero every day of their lives. You can either help somebody, you can be compassionate toward people, you can treat some people with dignity. Or not. And one way you become a hero, and the other way you’re part of the problem. It’s not a grand thing. You don’t have to get into a giant laser sword fight and blow up three spaceships to become a hero. It’s a very small thing that happens every day of your life.”

To date, the Star Wars movies have grossed more than $10 billion at the global box office. Beyond that, the characters and everything that has come as a result has inspired countless filmmakers and a legacy that has endured, and will continue to endure, for generations. Be sure to check out some of our collected birthday wishes from Twitter.

Does Marvel Have Big Plans for Thanos’ Brother Starfox?