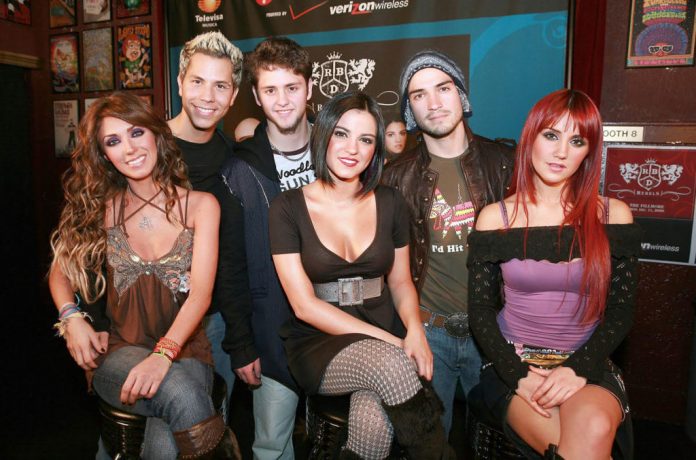 The quarantine and social distancing life caused by the novel coronavirus outbreak has sparked a new way music lovers are enjoying live music in 2020: virtual concerts.

Many Latin artists have already jumped on the bandwagon, with artists such as Reik, Juanes, Sech, and Karol G entertaining fans with their at-home livestreams.

Because of this new trend, Billboard was curious to know which Latin artist or group from the early 2000s should host a virtual show next? After a two-week poll that made the rounds on social media, fans picked RBD as their winner.

The former Latin pop group, composed of Alfonso Herrera, Anahí, Dulce María, Christian Chávez, Christopher von Uckermann, and Maite Perroni, nabbed a whopping nearly 87 percent of the votes, proving that maybe this is a good time for a comeback.

Deriving from the popular Televisa soap opera, Rebelde, the Mexican group became a global sensation from 2004 until their separation in 2009. Their sugary pop hits, such as, “Salvame,” “Este Corazon,” and “Ser O Parecer,” have become timeless bops amongst Latino millennials. RBD are six-time winners at the Billboard Latin Music Awards. In December 2019, the six original members appeared in a rare group photo, wishing all of their fans a happy new year.

On the Billboard poll, RBD is followed by Belinda, Kudai, and Jesse & Joy as other fan favorites.