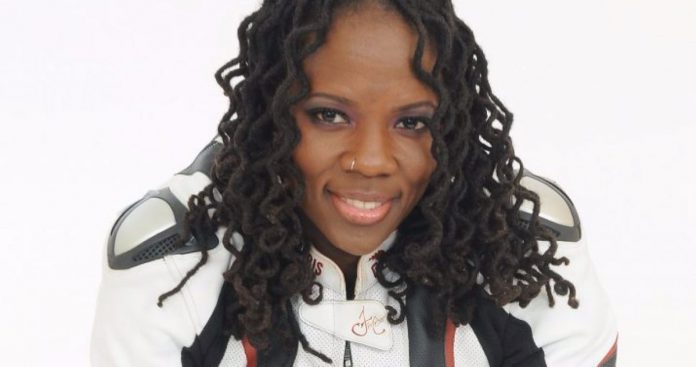 Though the incident took place way back in 2017, when the world was a much different place, Deadpool 2 producers are today being fined $289,562 for the accident that took the life of stunt driver Joi Harris at the age of 32. The producers were cited with failing to provide a safe workplace.

Joi Harris was standing in for Zazie Beetz’s Domino, performing a motorcycle stunt that ended in a tragic crash. The woman was killed on impact on set of the Vancouver shot movie. The accident took place in August 2017, almost a year before the movie came out in theaters summer of 2018.

TCF Vancouver Productions LTD had the fine imposed on them by WorkSafeBC. This is the equivalent of OSHA in the States. An acclaimed motorcycle rider, the stunt in question was the first ever to be performed by Joi Harris in a movie. As cameras rolled, Harris was ejected from the motorcycle and sent crashing through the plate-glass window of a nearby building.

The Deadpool 2 team halted production immediately after the crash happened on set. WorkSafeBC had this to say about slapping the producers with the hefty fine.

“The primary purpose of an administrative penalty is to motivate the employer receiving the penalty, and other employers, to comply with occupational health and safety requirements and to keep their workplaces safe,” the agency said today.”

WorkSafeBC pointed out five different violations of the Workers Compensation Act and the Occupational Health and Safety Regulation which were discovered during an intensive investigation into the accident and resulting death. These including the following.

While Deadpool 2 was Joe Harris’ first movie as a stunt performer, she had previously become the first African-American woman licensed to actively compete in American Motorcyclist Association races.

At the time of her death, Josh Brolin, who played popular time-traveling mutant Cable in the movie, said, “”The woman was such a wonderful woman. It wasn’t even a stunt, it was a freak accident. It was a terrible thing that happened.” His co-star Zazie Beetz said, ‘My heart has been breaking the past two days and I have been searching what to say or do.’ The news of the fine comes from Deadline.

Trolls World Tour, Like a Boss, We Summon the Darkness & More

Fangoria’s Weekend of Horrors Convention Will Be Resurrected in 2021