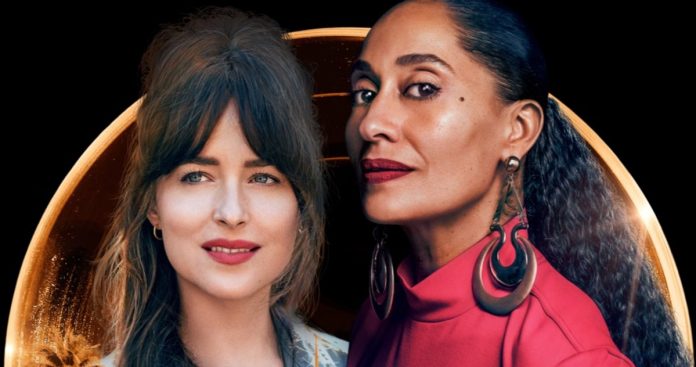 Another high-profile release is skipping theaters and heading straight to digital. Focus Features has announced that The High Note, which was originally scheduled to hit theaters on May 8, is instead going to arrive on digital platforms on May 29. The movie comes from director Nisha Ganatra (Late Night) and features a cast that includes Dakota Johnson, Tracee Ellis Ross and Ice Cube. The studio has also released a trailer ahead of the movie’s debut later this month.

The trailer kicks off by showing us a musical icon named Grace Davis, played by Tracee Ellis Ross, who is worshiped by Maggie, played by Dakota Johnson, who is now working for her as a personal assistant. Grace decides to work on a new album, which seems like a risky movie to some of the other people in her life, given where she’s at in her career. The trailer is filled with emotional moments, big music numbers and lots of heart.

This is the latest in a growing number of titles that will be skipping theaters, opting instead for a premium VOD release. Trolls World Tour proved to be quite successful for Universal Pictures, so other movies have been following suit, even if that is causing something of a rift between studios and theater chains. Tracee Ellis Ross took to Instagram to share the news with her followers in a video. Here is some of what Ellis had to say.

“I am so proud of this movie and, I shared it, but I get to sing in this movie, which is a lifelong dream, and one of my biggest fears. And I play a singer! I mean, what was I thinking? It’s so exciting… This is not what any of us expected, but we go with the flow. We move with the moment. We make the best of what is here. And this movie is going to bring some joy into your heart, I hope. I can’t wait to hear what you guys think.”

The High Note takes place in the world of the Los Angeles music scene. It centers on Grace Davis (Tracee Ellis Ross), a pop music superstar whose talent has taken her to great heights. Maggie (Dakota Johnson) is Grace’s overworked personal assistant who is largely stuck with running errands, even though she still aspires to her dream of becoming a music producer, which she’s had since she was a child. When Grace’s manager (Ice Cube) presents Grace with a choice that could alter the course of her career, she decides to team up with Maggie to take things in a different direction.

Kelvin Harrison Jr., Zoe Chao, Eddie Izzard, June Diane Raphael, Bill Pullman and Diplo also star. The High Note will be available from most digital retailers. It will run $19.99 for a 48-hour rental, which seems to be the new standard rate for a PVOD release. Be sure to check out the new trailer from Focus Features for yourself.

Two Different Matrix Projects Are in Development at Warner Bros.

Marvel’s WandaVision Is Facing a Trademark Battle with Hong Kong