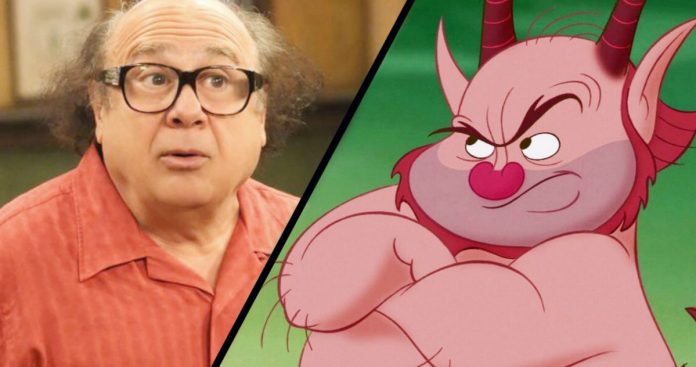 A live-action remake of Disney’s Hercules is officially in the works, and many fans of the animated original are calling for Danny DeVito to reprise the same role for the updated version. On Thursday, it was reported that Avengers: Endgame directors Anthony and Joe Russo were producing the planned remake, verifying the rumors that a live-action Hercules was in the early planning stages at Disney. Knowing the project is now a go, fans of DeVito have taken to social media to begin the fan campaign of having the legendary actor to play the same character he voiced in the original Hercules.

“If Danny DeVito isn’t cast, then there is literally no point to watch this,” one fan on Twitter says, passing along a report of the Hercules remake news. “If Danny DeVito doesn’t get cast as Phil I will RIOT,” another post states. Another fan addresses their cynicism over seeing yet another live-action remake in the works at Disney, but admits DeVito’s involvement would help assuage his feelings. “I hate the fact that this is being done… But I will give it significantly less late if Danny DeVito is still Phil,” the Twitter user writes. It’s looking like this is the one aspect of the upcoming remake that all of us can agree upon.

Directed by Ron Clements and John Musker, Disney’s animated musical version of Hercules premiered in theaters in 1997. Based on the story of the legendary Greek hero, the story follows Hercules’ journey to prove himself worthy to the gods on Mount Olympus. In the movie, DeVito voices the role of Herc’s sidekick, Philoctetes (or Phil for short). As the character remains a popular fan favorite so many years later, it’s clear how important DeVito was to the original movie, and using him again for the remake does seem like a big step in the right direction.

It wouldn’t be unprecedented for DeVito to reprise the role of Phil in the Hercules remake. When it was announced that Disney was producing a live-action/animation hybrid remake of The Lion King, fans of the original quickly pointed out that no one could ever replace James Earl Jones as the voice of Mufasa. Producers agreed, and Jones came back to play the new version of Mufasa same as he had in the original. Still, it should be noted that these fan campaigns don’t always work. Many fans of The Little Mermaid had similarly called for original Sebastian actor Samuel E. Wright to reprise the role for the remake, but producers are reportedly eyeing Daveed Diggs for that part.

In any case, we’re going to be getting a Hercules remake after all, but as this is just the latest in a long line of animated classics from Disney to get the live-action treatment, the news isn’t exactly surprising. As with anytime a reboot is announced, there are a lot of fans of the original that don’t seem thrilled, but everybody seems to be on board with DeVito potentially reprising the role of Phil. You can take a look at some of the tweets from Hercules fans supporting the role reprisal below.

Isle of Wight Festival 2020 Is Canceled Due to Coronavirus

Uncensored Back to the Future 2 Is Now on Netflix, Creators Want Edited Version...

What’s Behind the Ratings Slumps for Remotely Shot Shows