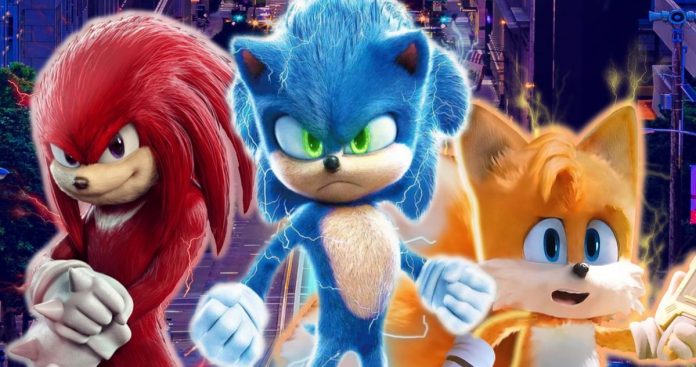 Sonic the Hedgehog 2 hasn’t been announced yet. Though, yet is the key word there, as it’s expected that Paramount Pictures will announce a sequel. It’s a matter of if not when. So those hoping to see Sonic back (hopefully) on the big screen are probably going to be in luck. And whenever the sequel does happen, director Jeff Fowler is ready to bring some of Sonic’s friends along for the ride this time.

Released in February ahead of the widespread global theater closure, Sonic the Hedgehog proved to be a bigger-than-expected hit for Paramount, earning $306 million at the global box office. The Sega video game adaptation was also released early on digital platforms and, based on available data, it seems those numbers have been good as well. With that, a sequel seems imminent. Jeff Bock, a box office analyst for Exhibitor Relations, had this to say in a recent report detailing the movie’s surprise road to success.

RELATED: What Does That Sonic the Hedgehog Post-Credit Cameo Mean for Sonic 2?

“No doubt Sonic the Hedgehog is just getting started. A sequel is imminent for Paramount Studios, who desperately needs new franchises. I’d expect an announcement as soon as the world starts spinning in a direction we all recognize again. Video game adaptations are definitely hot properties again in Hollywood thanks to Sonic and his box office antics.”

Warning: spoilers ahead for Sonic the Hedgehog. Though not a significant role, Sonic’s trusty sidekick Tails shows up in the movie. It’s expected, if Sonic the Hedgehog 2 does indeed move forward, Tails will be a bigger part of the equation. Jeff Fowler, who made his feature directorial debut with the adaptation, is hopeful he will get the chance to come back for a sequel.

“There’s so many more great characters to bring in and just more stories to tell… (But) nothing would bring me more happiness than getting another shot with these characters and to tell more stories. We’d love to do more with the Sonic cinematic universe.”

This movie has a rough road. When the Sonic design was first revealed, the internet ripped it to shreds. Paramount then went back to the drawing board and redesigned Sonic throughout the entire movie. The gamble paid off, as the redesign pleased fans, paving the way for it to become a box office success. Jeff Fowler, speaking further, teased that other characters such as Knuckles could also appear in future installments.

“We would get that question a lot from fans, ‘Is Tails in it? Is Knuckles in it?’ All these fan-favorite characters. We had to do that little fan Easter egg with Tails and say, ‘We know you love these characters. We will absolutely get to them in future stories if we’re able to.'”

Paramount, like every other studio in Hollywood, faces an uncertain future on the other side of all this. With that in mind, bankable franchises will become more important than ever. Sonic the Hedgehog 2 feels like a safe bet at this point, so don’t be surprised to hear something officially sooner rather than later. This news comes to us via USA Today.

Halsey Reminded Us of This ‘Twilight’ Scene & Now We’re Emotional