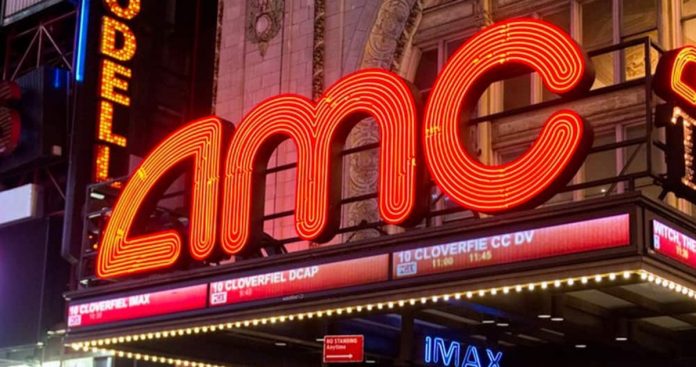 Despite the Trump administration’s plan released yesterday to reopen the economy, which placed limited cinema reopening in the early phases, AMC still faces extreme challenges. Over the last week, Wall Street analysts and industry pundits have forecasted a bankruptcy filing to allow AMC to reorganize during the shutdown. Variety recently pondered whether AMC could even afford to file bankruptcy, a process that would involve securing financing to operate through restructuring, known as debtor in possession (DIP) financing.

Such financing could be hard to come by, but given AMC’s corporate parentage includes the Chinese Dalian Wanda and the U.S. private equity firm Silver Lake, one would think they could turn to either or both to secure reorganization funding. It would not be surprising at all to find out that either Wanda or Silver Lake (or both) are in the debt market, snapping up AMC’s debt, which already trades in the vicinity of $.30 on the dollar against its face value – a highly distressed level to be certain. Doing so would set them both up to benefit in the event of an eventual filing.

In a move that took some investors and industry watchers by surprise, AMC announced yesterday that they intend to raise $500 million through a private debt offering. “AMC intends to use the net proceeds from this offering for general corporate purposes, including further increasing AMC’s liquidity,” the chain said in their statement describing the notes offering. In addition to roughly $300 million cash held by the company at the end of March, they have also drawn down two revolving facilities totalling roughly $326 million. Raising these additional funds, the firm believes it should have sufficient liquidity to withstand a prolonged global suspension of operations until a partial reopening ahead of Thanksgiving.

The announcement drove AMC’s stock up to as high as $3.85 per share at the start of Friday’s trading, despite the fact that the size of the debt raise actually is greater than the entire equity value of the company. In fact, AMC is forced to provide a first lien security interest on certain assets to have a chance at raising the debt and it would be likely that the entire funding, should it be completed, would have features of DIP financing or – at the very least – convertible to the DIP financing, in the event AMC still opts to file a Chapter 11 bankruptcy filing to reorganize its business and clean up its balance sheet during the pandemic shutdown.

The firm, released a SEC filing today loaded with warnings that additional incremental financing may be required to allow it to survive, whether that funding comes from lenders or from the government’s pandemic relief plans. AMC may, still be in breach of its debt covenants and, indeed, even the announced $500 million private debt offering may not be able to be completed, unless it can obtain waivers of its leverage ratios under existing debt covenants.

In reality, this raise looks a lot more like an attempt to publicly spin a private search for DIP financing that would help fund a prepackaged bankruptcy than a legitimate attempt by a business that considers itself a going concern to stack cash to navigate a difficult time. The end of this saga is far from over, making for a long summer ahead for AMC shareholders and executives. In the end, AMC is unlikely to ‘go away’ regardless of the financial engineering that may emerge in the future. In fact, IF the firm can get through the shutdown with cash on hand, it would be wise to start buying up its own distressed debt to retire while it’s trading at a 70% discount.

Interesting story lines could play out on this one, for sure. This originated at Variety.

Anuel Speaks Out in Support of Black Lives Matter