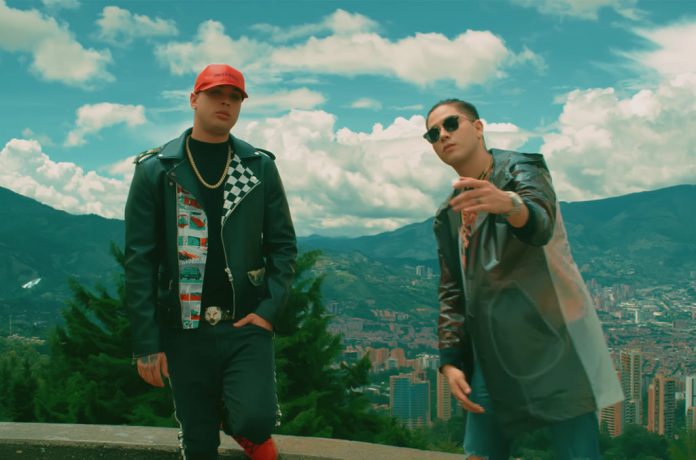 Viva Friday is a compilation of the best new Latin songs, albums and videos recommended by the Billboard Latin editors.

Fuerza Regida dropped their new album, Adicto, earlier than expected and, according to their announcement on Instagram, it’s time to party (even if it’s for your fiesta of one). The four-member group, hailing from San Bernardino, Calif., kick off their 11-song set with a serene piano and guitar melody before transitioning to their title track. For the most part, each of the urban-corridos is less than three minutes and focuses on raw lyrics about street life, Mexican culture and love, among many things. In songs such as “Somos Mexicano” and their lead single “Augusto ‘GTR,’” Fuerza brings to life their Cali vibes and trap-infused music with infectious tuba and requinto melodies. Adicto, released via Rancho Humilde, features Spanglish lyrics and collaborations with Grupo Codiciado, Natanael Cano and Herencia de Patrones. — JESSICA ROIZ

JD Pantoja, a Mexican YouTuber-turned-musician, has teamed up with Puerto Rican artist Noriel to bring to life “Mi Plan” (My Plan). Over a slow reggaeton beat, both artists go back-and-forth flaunting their melodious vocals. “You changed my plan since the first time I kissed you,” says the chorus of a song about bending over backward for someone. Pantoja’s musical style can be characterized as urban-pop and it’s pleasing to see him invite trap artists, including Noriel and, previously, Khea, to show their romantic sides. In the music video, Pantoja and Noriel are seen hanging out and are later joined by their dates. On Friday morning, the music video landed at No. 5 on YouTube’s trending page. — JR

Mexican-American artist Alaina Castillo releases her all-Spanish single “no vuelvas a mirar atrás” (Don’t Look Back), a stripped-down, melancholic acoustic ballad and follow-up single to “just a boy,” which previews her forthcoming bilingual Mensaje de Voz EP. Bookended by jangling acoustic guitar chords, the lullaby-type tune, co-written with RØMANS (Khalid, Ella Mai, Demi Lovato), pounces on Castillo’s warm vocals with an enunciation that feels purposeful. With a riveting ebb and flow and honeyed timbre, the 19-year-old calls for a breather and to look forward: no vuelvas a mirar atrás/ sé que quizás te cueste respirar/ usa mis ojos pa’ poder mirar/ mereces que te amen de verdad (“don’t look back again, I know it could be difficult to breath/ use my eyes to see/ you deserve to be truly loved”).  A YouTube ASMR community member and the sole U.S. representative of Spotify’s RADAR program, Castillo propelled her career uploading covers online, which have curved into millions of followers in both platforms. — PAMELA BUSTIOS

After getting on the radar with “Tu Amiga” on Tainy’s EP The Kids That Grew Up on Reggaeton, Dylan Fuentes presents his new single “Bipolar.” The single brings to the forefront Fuentes’ musical proposal, fusing Afrobeat, dancehall and Latin R&B with a touch of Caribbean melodies. The song is about a couple who’s in a toxic relationship but can’t live without each other. “Not being with you in the morning is hell,” the Barranquilla-born singer and composer belts, adding that the track is perfect for those on-and-off couples who always pretend things are picture-perfect on social media. “Everyone is doing to feel identified,” Fuentes tells Billboard. “I went through a similar situation and I learned from it,” he admits. “Bipolar” was produced by Daramola and Tainy and comes with an aesthetically dark music video filmed by 36 Grados in Colombia. “The song is catchy but the video demonstrates the opposite. It shows what’s inside the heart during a toxic relationship.” — JR

An Emotional and Powerful Family Portrait

Shawn Mendes and Camila Cabello have a new collaboration