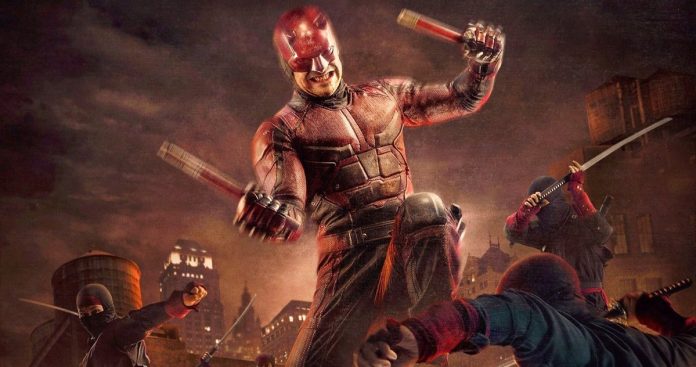 Today is an important day in Marvel history as Daredevil season 1 made its debut on Netflix on April 10, 2015. The live-action series is celebrating its fifth anniversary and, even though the show ended its run sooner than many fans would have liked, it was the start of something that blossomed into its own little corner of the Marvel Cinematic Universe that opened up brand new doors for superheroes in the modern era. But what does the future hold for the Man Without Fear?

Daredevil wasn’t the first live-action show of the MCU era, that honor belongs to Agents of S.H.I.E.L.D.. But what Netflix accomplished, with Charlie Cox leading the way as Matt Murdock, a blind attorney with heightened senses that allows him to be a masked vigilante by night, pushed modern Marvel storytelling in a gritty and different direction. It also brought us one of the best modern Marvel villains in the form of Wilson Fisk, aka Kingpin, played by Vincent D’Onofrio. The main ensemble also included Deborah Ann Woll as Karen Page and Elden Henson as Foggy Nelson. Over its three-season run, we were introduced to Elektra, as portrayed by Elodie Yung, Rosario Dawson’s Claire Temple and a new version of Punisher, played by Jon Bernthal, who eventually got his own series.

From the very start, the show was embraced by both critics and fans, even if it was, at very best, only gently tied to the larger universe occupied by the movies. In some ways, that helped the storytelling as it wasn’t anchored to larger connectivity. These were street-level stories taking place in the Marvel universe. Later Netflix shows such as Jessica Jones, Luke Cage and Iron Fist were connected to Daredevil, ultimately leading to The Defenders miniseries. But even then, it still felt like these shows could operate on their own terms.

Unfortunately, and somewhat surprisingly, Netflix and Marvel pulled the plug on Daredevil shortly after its season 3 debut in November 2018. All of the other Marvel shows on the streaming service followed suit. This was seemingly done because Marvel Studios began shifting directions behind the scenes, making new live-action shows more firmly rooted in the larger MCU for Disney+, with The Falcon and the Winter Soldier and WandaVision set to kick off this new wave of shows later this year. But now the question must be asked, what does the future hold for Matt Murdock in the MCU?

At this point, nothing has been firmed up. Previous reports have stated that Marvel Studios can use the characters again two years after the cancellation of these shows. That means Daredevil can, theoretically, be used by the studio in the MCU starting this November, if they so choose. Does that mean Kevin Feige and the brass calling the shots will do that? Again, there is no confirmation on that front, but we have heard some rumors about Matt Murdock possibly showing up in Spider-Man 3. The big question is whether or not Charlie Cox would be brought back, or if the character would be rebooted. A question for another time, perhaps. In the meantime, Daredevil is available now on Netflix.

AMC Tries to Raise $500M as a Lifeline to Avoid Bankruptcy, But Will It...