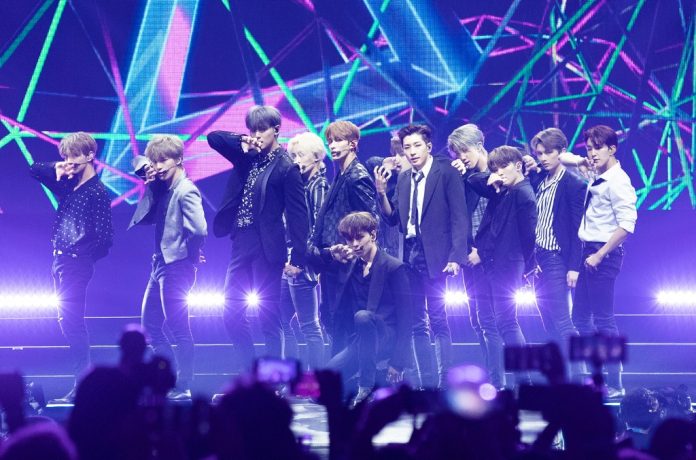 With numerous K-pop acts making waves on charts, and artists coming out of the South Korean music world signing with major labels in the U.S., there has never been a better time to get into the genre. But as important as the music is, the fandom element of the K-pop-loving lifestyle is just as important for many fans.

Though it’s impossible to learn everything overnight that you’ll need to know as a diehard K-pop fan, take this quick A-Z crash course in K-pop verbiage to prepare yourself before diving head first into the deep-end.

A is for All Kill

This term is used in South Korea when an artist hits No. 1 on all of the country’s realtime music charts, of which there are several based on different streaming apps and sales-counting organizations. A “Perfect All Kill,” also known as PAK, refers to when an artist not only gets No. 1 across realtime but also daily and weekly charts, the recognition of a true hit.

B is for Bias

Essentially a K-pop fan’s favorite, either act or member of a group. Many fans have “ultimate biases” which are their best, absolute, favorite K-pop star or act from among all of their biases.

C is for Comeback

In the west, a comeback of an artist usually refers to a long-awaited return after a long break, but in K-pop it generally just means their next release. Many artists have multiple comebacks a year.

D is for Debut

The first formal release from a K-pop act, even if they’ve already been working in the industry and, on occasion, even released music in the past. For example, Stray Kids released their Mixtape in January 2018, which featured songs they created during their formative reality television show. But their official debut album was their March 2018 EP, I Am Not.

E is for Era

Fans will often refer to a K-pop group or artist’s career in relation to distinct artistic eras, such as their debut era, XX album era, etc. Each era is aligned with a different audio-visual concept, and artists will often switch concepts to suit different genres of music they’re featuring in one release. Some acts, such as BTS, EXO, Dreamcatcher, and Loona, have world-building that plays a role and features throughout many eras of their careers.

F is for Fanchants

K-pop fans are very engaged audiences, wielding light sticks and participating in performances. While many fans, especially in the U.S., sing along, in South Korea it’s common for fans, and oftentimes artists, to create a call-and-return style chant for fans to perform mid-song, often repurposing refrains and calling out a K-pop act’s member’s names.

G is for Generations

There are very distinct generations when it comes to the K-pop industry, with musical styles and performative elements changing not with decades but artistic shifts. People define K-pop’s generations differently, but it’s commonly accepted that the first generation began in the late ‘90s and continued through the mid-’00s, and the second generation ran from then until the mid-’10s. Nowadays, it depends on whose opinion you ask, but it’s assumed K-pop is in the tail-end of the third generation or already in the middle of the fourth due to acts from the third generation continuing to remain active longer than typically normal for counterparts in former generations.

A term applied to JYP, SM, and YG Entertainments, three companies in South Korea that have dominated the K-pop scene since the mid-to-late ‘00s. Nowadays there is a sizable shift, with companies such as Big Hit Entertainment, home to BTS, making sizable gains, but the usage of “Big 3” is still commonplace when discussing industry trends, especially in regards to the stock market as they are some of the few South Korean entertainment companies that are publicly traded.

I is for Idol

A term that grew out of the Japanese music industry to refer to young pop stars trained and managed by entertainment companies with a particular focus on commercialization, South Korean idols are typically seen as all-around entertainers, with the majority not only dabbling in music but also pursuing side-along careers in acting, modeling and other fields. There is historically a stigma regarding the artistry of idols in South Korea, though there are nowadays many K-pop idols who write and produce their own music, including members of popular groups like BTS, Seventeen, (G)I-dle, Stray Kids, Ateez, etc. The idea of “K-pop” is often used as a catchall to refer to all of South Korea’s popular music, but it typically emphasizes South Korean idol music.

J is for Japanese Market

Even as the west increasingly becomes receptive to K-pop, it’s only the latest frontier for the South Korean pop music scene to move into. Japan, the second-largest music market in the world, is the primary audience for many K-pop releases, and numerous K-pop acts not only spend sizable lengths of their career promoting and performing in the country but also regularly release music in Japanese, both original songs as well as remakes of their Korean music.

K is for Korea
This should be self-evident, but “K-pop” comes from democratic South Korea, not communist North Korea.

L is for Leader

An internal team manager who often serves as a group spokesperson, many K-pop acts have a formal leader who is in charge of corralling the members and representing them both in public as well as internally within their own management company. It is one among several defined roles featured in many K-pop teams, along with lead and sub vocalists, rappers, and dancers.

M is for Maknae

A Korean socio-familial term referring to the “youngest” in a relationship group, the youngest members of K-pop groups are also known as maknaes by fans and artists alike, almost serving a role as a youthful counterpart to the (not always so considerably) older group members.

N is for Nugu

The Korean word for “who” has become slang among K-pop fans to refer to artists whose careers have never really gone anywhere. Sometimes, though, K-pop acts have mid-career resurgences, with groups like NU’EST and EXID, each growing to popularity after faltering early on.

O is for OST

An “original soundtrack” from South Korean television dramas (also known as K-dramas) often feature many popular artists, and have made careers with OST hits rocketing many artists to superstardom.

P is for Point Dances

Most K-pop singles are performed with intense choreography, and many of these dances have a few moments that are meant to stand out as the highlights, known colloquially among fans as “point dances.”

Q is for Quirky

Though K-pop is oftentimes stereotyped for being bright and cheerful, that’s not always true. Rather, there are some acts, like Red Velvet and Seventeen, that often use humor and bright elements to create euphoric, explosive performances; both acts have also gone down the darker conceptual route plenty of times. In general, many acts try out a fun, exuberant performance style at least once throughout their career, with some verging on comedic. When it comes down to it, though, Orange Caramel, a unit of now-defunct girl group After School, still reigns as K-pop’s queens of quirkiness though, perfectly meshing comedic performances with brilliant musicality.

R is for Repackage

K-pop albums, which are typically known as “full” and “mini” albums rather than LP and EPs, often will be reissued via extended versions known as the repackaged editions, featuring another single or two and more B-sides.

S is for Scandals

The idea of K-pop “scandals” can range from anything like dating to plagiarism to drug usage to saying the wrong thing on social media. These moments often have long-lasting negative impacts on careers.

T is for Trainee

Prior to formally debuting, idol hopefuls often spend months, if not years, in training programs and/or under their label prepping for the launch of their career.

U is for Unit

K-pop acts, especially those with many members, can break down into smaller teams to focus on other performance styles or genres. Some acts, like Seventeen’s trio of sub-teams, have units built into them, while others, like GOT7, have members teaming up together for specific projects or albums.

V is for Visual

The “visual” member of a K-pop group is meant to be the standout star physically, and is often featured front-and-center in performances.

W is for Weekly music shows
In South Korea, many channels host a weekly music show, many of which have competitions relating to sales, streams, and fan engagement. Usually, there’s one every day, and when an act has a comeback they’re expected to attend several, if not all, each week.

X is for Xtinguish your ideas about it being a genre
Channeling my inner Xtina and cheating a bit here to make a point: K-pop, though known as a singular entity in English, is not a single genre of music but instead a term used to describe an industry. K-pop music has no limitations stylistically, though many idol groups typically focus on pop, dance music, and hip-hop, with some R&B and rock thrown in.

Y is for Year-end shows
Like the weekly music shows, year-end shows are prestigious for K-pop acts to attend, both for awards — though not all are award shows — and for the spectacle of performances. Special year-end events often feature K-pop acts performing with one another, giving the industry some of its most memorable performances. Most award-granting events have top grand prizes known as daesangs, and it’s a prestigious moment in an artist’s career if they are honored with them.

Z is for “Zimzalabim”

I couldn’t think of a “Z” so check out this song from Red Velvet, which is a divisive example of K-pop at its most extreme, a single that many love, and some love to hate on, while others hate to love it.

Lady Gaga and DaBaby Battle It Out For U.K. Chart Supremacy