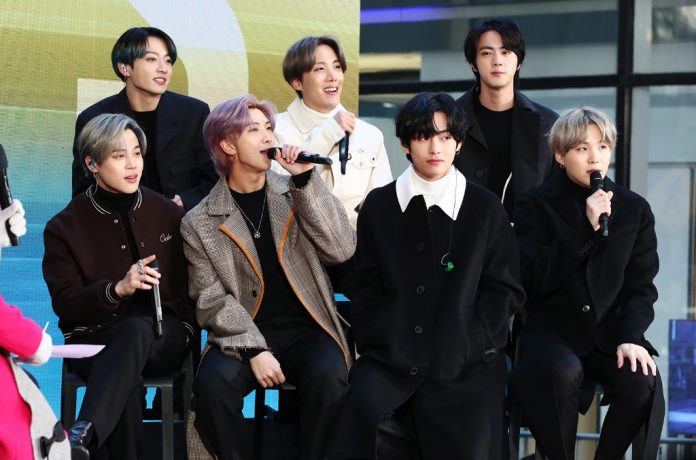 “We just wanted to bring some joy and some music into your home at what is without a question one of the strangest and scariest moments in all our lives,” Corden said in the opening moments of his show. Though joking that the special marked the “first time in two and a half weeks” that he wasn’t wearing sweatpants and filmed from his garage for the first time, Corden said that the special aims to bring “people together to keep them apart.”

The first guest to appear on the special was John Legend, who joined via a livestream from his Los Angeles home. Joined with wife Chrissy Tiegen, the couple discussed how quarantine life has been difficult while raising their children. “The hardest part is just trying to figure out how to entertain the kids. You gain a new respect for what preschool teachers do for five, six hours a day,” Legend explained. He also praised his wife’s cooking, as he quipped, “We are gaining weight and we love it.”

Legend then performed a song on the piano.

Amid the novel coronavirus, Corden emphasized how important is is to consistent wash your hands. To further teach that lesson to viewers, Corden enlisted help from Ferrell who can “show how it’s done.”

“I have been washing my hands obsessively.. they tell us that we are supposed to spend at least 20 seconds washing carefully,” the comedian said. Though many are encouraged to sing the “Happy Birthday” song, Ferrell mentioned a few other songs that could be sung during the washing process including: “Chandelier” by Sia, Rihanna’s song “Diamond” and Snoop Dogg’s “Drop It Like It’s Hot.”

“Those are wide selection of wonderful songs that you can sing while you wash your hands and why not sing them from the top of your lungs, full voice?”

Later, Eilish alongside Finneas joined the show from their home in L.A. where they performed a set — with their puppies on their lap. David Blaine also joined Corden where he performed a magic trick on the late-night host. “I don’t even understand the walk you took in my mind,” Corden said as he was shocked over Blaine’s card trick.

Meanwhile, Lipa broadcasted from her home in London where she performed her single, “Don’t Start Now” with her band on livestream as well.

To pay tribute to Italy, who has been severely impacted by COVID-19, Corden welcomed who he said is “one of the greatest Italian singers of all time’: Andrea Bocelli.

“We are here altogether. Sometimes it’s nice and sometime’s it’s boring but we must do it,” the legendary singer said of how life has been while in quarantine. After Corden mentioned that he always envisioned Bocelli donning a suit and glasses while lounging in his house,” the singer said, “This is only for you. In general I stay in completely different dress.”

As for a message he hopes to send to Italy, the opera singer says, “be positive.” “Have hope and to be sure that soon everything will be finished,” he said. He went on to perform on the piano.

The next guest to join Corden was BTS who are currently in South Korea. “I think it’s quite a difficult time for everyone in the world right now. It may seem like we’re isolated but we’re still connected,” member RM said. The band then performed a dance routine to their single, “Boy With Luv.”

Prior to concluding the special, Corden grew emotional as he explained that during this time he’s found himself “having incredible fights with anxiety.”

“I found I just get so overwhelmed with sadness in it all really and the truth is what I have realized it’s okay right now to feel a bit sad,” he said. “The best thing we can do is try and breathe through that and try and put our minds in a positive place.”

“Just me telling to you now tonight has made me feel a bit lighter … We absolutely will get through this. We tried to share music that we love with people that we love and know that as much as we’re apart we are unified together,” Corden said. In order to express how he feels so much of the day, Corden said he could only think one of song: “You Will Be Found” from the Dear Evan Hansen theatre production.

To finish the show, the cast including Platt performed the emotional song.

This article originally appeared in THR.com.

Katy Perry Is Pregnant and Everyone Is Crying With Joy

AMC Theatres Will Shut Down for Up to 3 Months