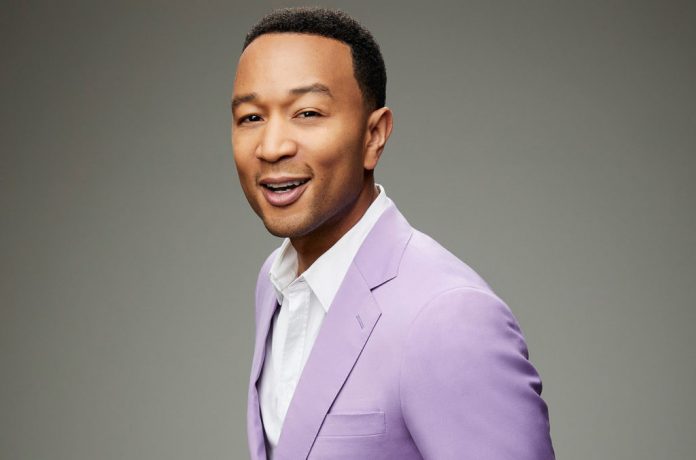 John Legend stopped by The Tonight Show on Tuesday night (March 24) for a virtual chat with Jimmy Fallon, touching on his recent webcast concert, the challenges of staying sharp during isolation, his fave binge-worthy shows and, naturally, finishing up with a performance.

The EGOT star linked up with Fallon from the comforts of his living room couch.

Legend, we learned, is watching a lot of Netflix (like everyone else), and binging on Peaky Blinders and Tiger King, presumably with the kids in another room.

When asked about his Instagram Live concert, Legend remarked: “I had a blast doing it. All of us are home, including a lot of artists who are meant to be on tour at the moment.”

It’s an eerie gig playing to a PC, her recounted, though there is an upside. “You actually get more detailed feedback from Instagram Live that you would get from an actual audience.”

Legend also updated Fallon and fans on his forthcoming LP. Most of it is done, Legend’s vocals are down.

“The new album is coming, we’re mixing it, we’re getting our strings finished,” he explained. But there are some wrinkles that haven’t been ironed out. “I’m not sure how we’ll execute our string recording, I don’t know how we’ll distance our way into an orchestra recording. We’ll figure that out, maybe we’ll have to do a few players at a time and overdub it.”

The album should get the hips moving, Legend suggests. “It’s actually probably my sexiest album to date,” he says. “If you’re stuck at home and want to make some coronababies… if you spend a lot of time with your partner and you need a soundtrack to that,” Legend has just the vibe.

The crooner finished up with a performance of the new song, “Actions.”

Fallon has streamed Quarantine Editions of his popular late-night NBC show from his home since the beginning of last week.

Watch Legend’s appearance on The Tonight Show below.

John Legend Has to Decide If Will or Jared Will ‘Treat You Better’ in...