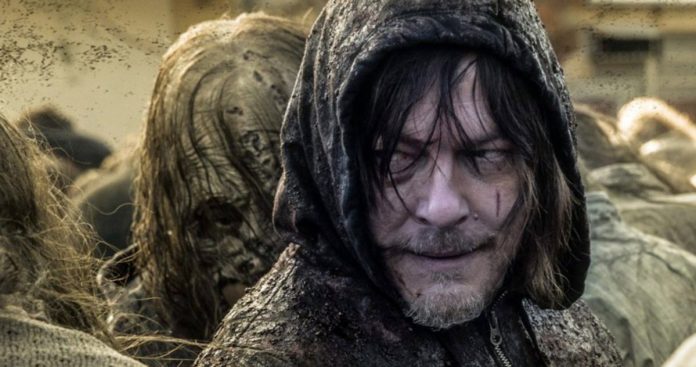 The Walking Dead season 10 finale will not be airing as planned. AMC has revealed that the episode has been postponed until later this year, but a new air date has yet to be determined. The finale had been set to air on April 12. Episodes 14 and 15 of the current season will air as planned, which means episode 15 will essentially serve as the new season finale.

AMC’s reason for the delay has to do with the ongoing global event that has rocked the entertainment industry to its core. Productions have been delayed all around the world and The Walking Dead, it seemed, wasn’t going to be affected. At least not this season. However, as the network explained in a statement on Twitter, the post-production process wasn’t complete on the finale, with work from home orders currently in place. Here’s what AMC had to say about it.

“Current events have unfortunately made it impossible to complete post-production of The Walking Dead Season 10 finale, so the current season will end with its 15th episode on April 5. The planned finale will appear as a special episode later in the year.”

So, as it stands, the April 5 episode will serve as the season finale, with the original finale airing as a special at a to-be-determined date later this year. The possible issue for fans is that this could leave them with an unsatisfying cliffhanger, as this was not the way things were mapped out originally. Be that as it may, the situation has dictated this as the path forward. AMC did reveal that they will make the first eight episodes of season 10 available to stream for free after episode 15 airs.

“The first 8 episodes of The Walking Dead Season 10 will be available for free on AMC.com and the AMC app, immediately following the last Season 10 episode on Sunday, April 5 through Friday, May 1.”

This comes not long after it was revealed that AMC is also postponing the debut of the new Walking Dead spin-off, World Beyond. The other important question is what the production delays may do to The Walking Dead season 11, which has already been given the green light, as well as Fear the Walking Dead season 6, which is also in the works. Much of that will depend on how long the shutdown lasts.

The Walking Dead debuted in October 2010 and is adapted from the hit Image Comics series of the same name. At one point, the show was an absolute behemoth, becoming the biggest show on cable by a wide margin. In recent seasons, the rathings have slipped, but it remains a huge draw for AMC. The network is also currently working on a series of Walking Dead movies, which will bring back Andrew Lincoln as Rick Grimes, with the intention of releasing at least the first movie in theaters. This news comes to us directly from AMC.