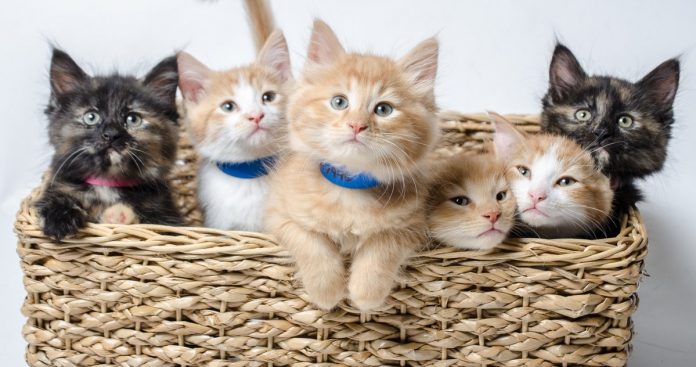 Animal Planet has announced they will air a 94 hour marathon of their hit show Too Cute! As the world waits around in self-isolation, the network is currently airing over 90 hours of puppies and kittens to brighten everybody’s mood. The series, which features baby animals of all types, mainly focuses on puppies and kittens and it has been a staple of Animal Planet’s broadcasting over the past few years. What could be better than watching some adorable baby animals on the small screen during this time?

The Too Cute! marathon started on Wednesday, March 18th at 12 p.m. ET/ PT and runs through Saturday, March 22nd at 8 p.m. ET/ PT. That’s 94 hours of pure baby animal time that we could all use. Each episode shows animals as they are born and then reaching important life milestones. Viewers can expect to see “frolicking little felines, pudgy little puppies and even a few piglets during this Too Cute! celebration.” The network should see a pretty big uptick in viewership during this time.

More and more people are self-isolating and staying indoors, which means they need new entertainment. Animal Planet and others are going out of their way to help keep people entertained, while also forgetting about the coronavirus pandemic for just a few moments. Everybody is going through a rough time at the moment and even seeing some baby animals on TV could help lighten the mood for at least a little bit. There’s still plenty of time to get in on the puppies and kittens, so go turn on Animal Planet.

With so many people staying indoors, entertainment options are limited, so most are turning to TV and streaming platforms. Disney+ went and added a ton of new titles, including Frozen 2, which wasn’t set to premiere on the new streaming service for a few months. Universal Pictures went ahead and made The Invisible Man, The Hunt, and Emma available to rent online for 48 hours. All three movies are still technically in theaters, though nearly every theater in North America is closed at the moment. It is believed that theaters will open again in the next eight to twelve weeks.

More and more studios are releasing their projects early for people to check out at home and seeing great results. Animal Planet fans should be pretty happy that they can just turn on the TV and see hours and hours of Too Cute! It’s unclear if the network will do this again, but it seems like a pretty great idea to repeat, so we’ll have to wait and see. In the meantime, you should head over to the TV and turn it on right now, while it still lasts. You can check out a preview of the hit series below, thanks to the Animal Planet YouTube channel.

Firefly Music Festival Will Grow to Four Days In 2020

Personal Data Collection & the Future of Tech in Touring Discussed at Billboard Live...

J.J. Abrams Defends Decision to Resurrect Palpatine in The Rise of Skywalker