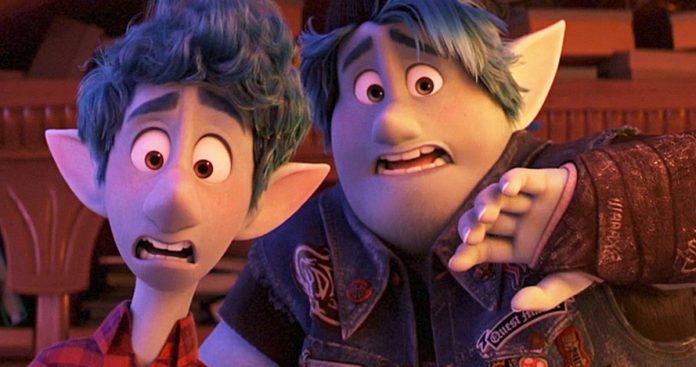 The domestic box office earned only $300,000 this past Wednesday. On the same date in 2019, the tally was at $10.7 million. These new numbers are unprecedented, but not unexpected as theaters across North America continue to go dark. There are currently only 400 theaters open out of nearly 6,000 across the United States. In those theaters that are open, they are putting caps on capacity to adhere to social distancing guidelines, making sure that people are not sitting closer than six feet away from each other.

When compared to last year’s $10.7 million haul on the same date, we’re seeing a year-over-year decline of 97%. Box office numbers were relatively normal the week before on the same day at $7.7 million. The coronavirus pandemic has cities promoting self-imposed lockdowns, asking residents to stay indoors and only go out for essential items like groceries. As movie theaters continue to close their doors, the rare drive-ins across the country have seen a spike in business, though their numbers are not reported.

Nobody seems to know just how long this is all going to last, but it’s going to be a while. AMC Theaters closed, saying that all of their sites will be dark for at least six to twelve weeks. Most theaters in the United States shut their doors on Tuesday and there will be more closures on the way. The closures are sending shockwaves throughout the entertainment industry as people scramble to figure out what to do next. Some studios are postponing their big tentpole projects until later this year, while others are skipping theaters altogether.

Pixar’s Onward remained at number one on Wednesday with a just $61,529. The animated family movie took in $2.2 million on the same day a week ago. Pixar made the decision to release the movie online this week because of the theaters all closing down. So far, the response has been positive as viewers look for new content to watch while on self-imposed lockdown. It’s going to be a while before this all gets straightened out, so it will be very interesting to see what the entertainment industry looks like when all of the dust has settled. The coronavirus may have changed the way movies are released forever.

China started opening theaters very slowly. Most of its theaters are expected to all be open by the end of the month and to celebrate, they are bringing some fan-favorite movies back into theaters. Producers and distributors will waive their usual 43% box office cut in an effort to try and keep theaters up and running during this time. It remains to be seen if the United States will follow suit. For now, we probably won’t see a box office list for quite a while as this all gets sorted out. The Hollywood Reporter was the first to reveal the unprecedented box office numbers.

The Rise of Skywalker Concept Art Reveals Space Wolves and a New Look for...

BossLogic’s The Last of Us Poster Imagines Chris Evans and Mckenna Grace as Joel...

Alice Cooper Rallies Fans In Lockdown With ‘Don’t Give Up’: Watch

The Flaming Lips Perform Bubble-Wrapped Version of ‘Race For The Prize’ on ‘Colbert’: Watch