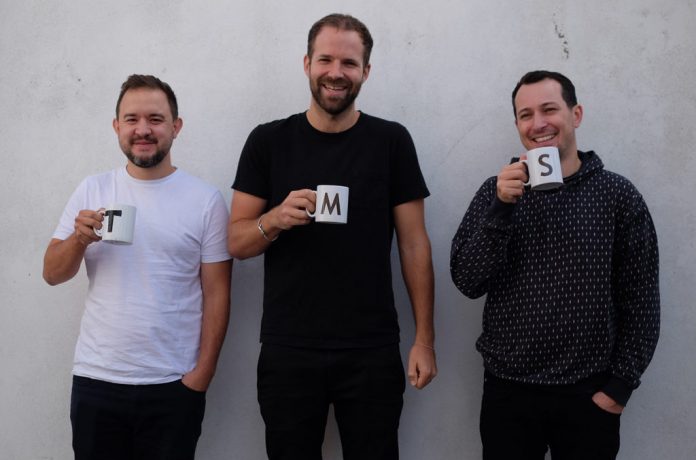 “When you’re looking for a voice, you never know where it’s going to come from.”

Pete “Merf” Kelleher, one-third of the English production trio TMS, is musing about the runaway success of Lewis Capaldi’s sparse and aching “Someone You Loved,” which marks the biggest track in their already stacked discography.

“Traditionally, we’ve definitely been keen to overproduce records and just throw loads of sh-t in there,” Kelleher explains to Billboard from the trio’s home base in London. “It’s really interesting that it’s one of our biggest song ever and there’s such minimal productions. There have been songs that took us months, meanwhile here we are with our most successful and it’s so chill.”

Kelleher, alongside cohorts Tom “Froe” Barnes and Ben Kohn, have carved out a unique niche on the charts. The childhood friends initially started out with hip-hop records, but a stint working on the U.K. iteration of The X Factor led them to a collaboration with Little Mix, which then enabled them to dive headfirst into the world of pop. Before long, they were focusing on crafting bubblegum singles for a range of British acts, whether the aforementioned girl group (“Wings” and “DNA”), boy band The Vamps (“Last Night”) or singer-songwriter James Arthur (“You’re Nobody ’til Somebody Loves You”). G-Eazy and Bebe Rexha’s “Me, Myself and I” also served as an early glimmer of global success, peaking on the Hot 100 at No. 7 in 2016.

But it’s with another singer-songwriter, the Scottish-born Capaldi, that the group has enjoyed their most impressive smash. “We’ve released a lot of stuff, but ‘Someone You Loved’ felt like a perfect storm,” says Kohn of the sleeper hit’s critical and commercial success which resulted in three weeks at No. 1 on the Billboard Hot 100 and seven weeks atop the chart in the U.K. While it was subsequently nominated for a Grammy, it wound up taking home song of the year honors at the recent Brit Awards, the latter experience being a mixed bag. “Not to totally sh-t on them, but you finally win and (as a producer or songwriter) you’re lucky if you even get a seat, and if you get an award you have to pay for it,” says Kohn, who noted that sharing the success with Capaldi made the honor a bit sweeter.

“We’ve all been best friends since we were kids, and to get to that point where you have this mad ride and it culminates in actually winning an award is absolutely mental,” says Kelleher of the celebratory night. “Lewis and his team organized a boat trip on the river afterwards with his friends, family and all of us. We were trying to thank him for everything he had done for us and he wasn’t having it. He was too busy thanking us. We couldn’t get him to accept it.”

The slow-burn success of “Someone You Loved,” which was released in November 2018 and didn’t top the Hot 100 until a few days shy of a full year later (a strategy the trio credits to Capaldi’s manager Ryan Walter), mirrored the gradual collaborative process that birthed the future hit. “Our first session with Lewis was in the summer of 2017,” remembers Kohn of the creative rendezvous that was set up between Capaldi and their manager Paul Centellas. “The songs we wound up making that day were all above average. Lewis’ voice was amazing and there was really good energy, so with all that we knew there was something there.” Those initial tracks have yet to see the light of day, and the trio and Capaldi didn’t meet again until a year later.

During a third session in August 2018, however, TMS and Capaldi bore tangible fruit. “We wrote another song and then there was a little lull, so we said, ‘Let’s work on something else for a couple of hours.’ Then we made and pretty much finished ‘Someone You Loved.'”

“Lewis only did three takes of the chorus and almost every sound you hear in that record was made in those two hours,” says Barnes of the rapid fruition, which was also a result of a budget as minimal as its eventual production. (The song is inspired by Capaldi’s grandmother, with the singer creating the song’s melody 10 minutes prior to his session with TMS.) “Production-wise there’s not much in there, but what is, is important,” explains Barnes, who also helped Capaldi co-write its tender lyrics with Kohn and Kelleher. “The only thing that was added and taken away was strings. I also think there might have been a hint of a halftime snare for five minutes in my headphones, but it was quickly taken away.”

Did the guys think the song would become a milestone in their career? “We write 250 or 300 songs a year,” notes Kelleher. “It was another great cut with Lewis, but whenever somebody says ‘This is a hit!’ what they mean is, ‘This is one of the better ones.’ Like, so much sh-t has to happen for it to be a hit. It almost didn’t make the album.”

The trio, who first started concocting tracks a full two decades ago, has no doubt entered a new career phase after the explosive success of “Someone You Loved.” With the commercial peak of the Capaldi track behind them, they’re now looking forward to the release of a pop record with another yet another English artist: Dua Lipa. TMS is credited with producing Lipa’s “Cool” from her upcoming Future Nostalgia, and much like the incongruous journey that birthed “Someone You Loved,” “Cool” has faced similar twists and turns.

“We actually started it at a writing camp for Rihanna at (London’s) RAK Studios,” says Kelleher of the massive opportunity, with TMS working alongside British singer-songwriters Kamille and Shakka. “You turn up with all of your gear and it was promised Rihanna would be there, so we brought our A-game.”

While the pop superstar never actually appeared, the enticing possibility of an impending visit pushed the group to concoct four songs within a 12-hour period. “Out of those four, three have been cut,” says Kelleher. “One was a Kamille record, one was cut by Gorgon City and then ‘Cool’ is coming out with Dua. It underwent a rewrite and it’s now pretty wildly changed, she made it her own. We’re pretty proud of it and can’t wait to hear it in the context of the album.”

With the “Someone You Loved” cycle coming to a close and a new era dawning, the trio likens their success to a video game. “It’s like reaching another level,” says Kohn. “You’re not worried about the boss you just beat, you’re trying to beat the next boss. I think when you’re experiencing everything in the moment you’re going, ‘Wow, that’s crazy,’ but I don’t know how much you’re feeling it. It’s really about what’s next.”