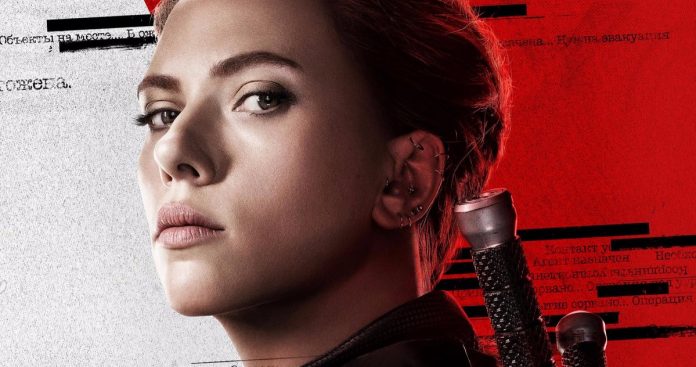 In recent weeks, movie theaters shut down all around the world in an attempt to help stop the spread of COVID-19, better known as the coronavirus. Theaters in China have been shut down for weeks, with only a few theaters just now starting to open. Every major chain in the U.S., including AMC Theatres, Regal Cinemas, Cinemark and the Alamo Drafthouse, has closed indefinitely. Plus, an increasing number of big movies have been delayed, with the plan being to reschedule those releases down the road. Though, this does present a problem that some might not be considering.

So far, No Time to Die, A Quiet Place: Part II, Peter Rabbit 2, Mulan, The New Mutants, Antlers, The Lovebirds, Minions 2, Spiral: From the Book of Saw and Marvel’s Black Widow, amongst others, have all been delayed by their respective studios. Some have rescheduled, with No Time to Die set to arrive in November and Peter Rabbit 2 hitting theaters in August, for example. But what of the others? This growing list of titles that need to achieve a certain level of box office success to avoid the studio taking a loss need to find release dates where they don’t get lost in the shuffle. And that could be difficult.

In recent years, studios have increased the frequency of what we might refer to as “event movies.” This has led to blockbusters, sequels and desirable titles invading what used to be dead zones such as January and September. Take, for example, Bad Boys for Life, which opened in January, a month that used to be reserved almost exclusively as a dumping ground for less-than-desirable offerings. Sony capitalized in a huge way, with the sequel grossing more than $400 million worldwide. Finding space in the calendar during the back half of 2020, into 2021, will be hard, as studios already have other movies locked down throughout the year.

Look at November. Warner Bros. has Godzilla vs. Kong set to open on November 20. It was relatively free and clear to own the box office for a week or two. Now, however, No Time to Die will open on Wednesday, November 25, which will certainly get in the way of the monster flick’s earning potential. This is but one example. All of the aforementioned titles will need to find a release date as well, and that could make for a very crowded late 2020/2021 calendar.

Ultimately, the losers could be movies that had found spots on the calendar that gave them the best chance to succeed. Look at January 15, 2021, for instance. The James Wan-produced Mortal Kombat reboot had seemingly staked out a date that gave it a clear pathway to box office dominance for a couple of weeks. It’s easy to imagine one of these delayed movies, like Paramount’s A Quiet Place: Part II, getting slotted around that same time. That could step on Mortal Kombat‘s toes.

Countless hypothetical scenarios like this can be cooked up. Another thing to consider is that Universal Pictures opened up Pandora’s Box by making new releases, such as The Hunt and The Invisible Man, as well as the upcoming Trolls: World Tour, available to rent on VOD for $19.99. Similarly, Sony is releasing Vin Diesel’s Bloodshot to rent or purchase digitally less than two weeks after it debuted in theaters. Birds of Prey will also be hitting VOD early. This will, as I and many others have argued, provide a major shake-up to the traditional, exclusive theatrical window movie theaters have historically enjoyed. But, as it relates to this situation, some of the smaller titles that have been delayed, and I stress could, forgo a theatrical release in favor of a VOD offering.

The entertainment industry, as a whole, is on uncertain ground right now. Festivals have been canceled or delayed. Theme parks are closed. The global box office has been halted almost entirely. With that, the future is nearly impossible to predict and there are near countless moving pieces to track as this all unfolds. This is just one example of the challenges the industry will face as things (hopefully) begin to normalize in the months ahead.

The views and opinions expressed in this article are those of the author and do not necessarily reflect the official policy or position of Movieweb.