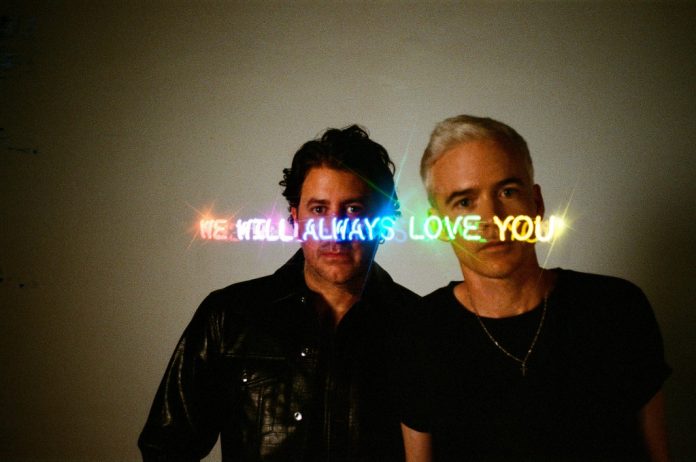 Its accompanying music video was shot by three-time Emmy nominee Greg Brunkalla and dedicated to the memory of late Silver Jews frontman David Berman, with whom the Aussie electronica act recorded “A Cowboy Overflow of the Heart” and “Saturday Night Inside Out,” the latter appearing on The Avalanches’ LP Wildflower.

“Running Red Lights” didn’t start out “as a defining moment; ‘a single’ as it were,” The Avalanches’ Robbie Chater explains in a statement. “But Rivers responded to our fuzzed-out Spacemen 3 inspired jam with such open heartedness, that we soon dropped all pretence and got down to the heart of the matter… loss. We love that wide eyed, elated, almost evangelical Los Angeles sense of possibility that he tapped into.”

Erik Cavanaugh, a dancer who competed in the 2016 season of America’s Got Talent, owns the promo as he gets juiced on the words of a psychic and dances his way through the streets of Hollywood, wearing high heels and flapping a bouquet of flowers. His mission to see his lover doesn’t go to plan.

It wasn’t long ago when the idea of an Avalanches return wasn’t just overdue, it was improbable.

Their sample-stuffed debut LP Since I Left You dropped in Australia in 2000 and in the U.S. and the U.K. the following year. It had critics and fans craving for more. But they had to wait. And wait.

More than 15 years on, the enigmatic outfit emerged with a changed lineup and a new LP Wildflower, which immediately bowed atop Australia’s albums chart.

Michael Rooker Wants Yondu to Stay Dead, But Would Play Another MCU Character