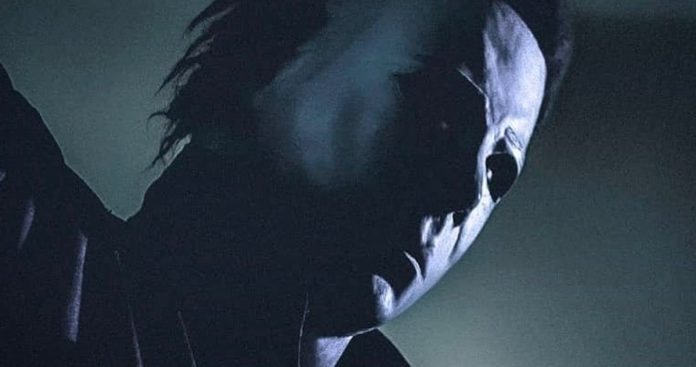 The Loomis family isn’t through with Michael Myers just yet, as Dr. Loomis’ grandson looks to finish what his grandfather started in an all-new 60-minute Halloween fan film. Called Halloween Night, the movie comes to us after a successful crowdfunding campaign to raise its budget. Zach Salazar wrote the screenplay, and in addition to directing the movie, JP DeStefano also stars as John Loomis, the grandson of Donald Pleasence’s Sam Loomis from the first six Halloween movies. Ainura DeStefano also stars as Samantha Loomis with John Schilling under the mask as Michael Myers.

Like the theatrical Halloween movie series, Halloween Night takes place on, well, Halloween night in the town of Haddonfield, Illinois. According to the synopsis, the “infamous Halloween Night of 1978 is all but a memory for the people of Haddonfield as the new generation of townspeople look to put the town’s marred legacy behind them.” And, also like each of the Halloween movies with Michael Myers we’ve seen in years past, this false sense of security might also mean the people in town are woefully unprepared for the return of the “boogeyman,” but John Loomis seems to have learned a thing or two from his grandfather.

RELATED: Michael Myers Actor Breathes Life Into Halloween Kills as He Quarantines in the Studio

Halloween Night looks rather well put together, and it’s clear the filmmakers are tremendously big fans of the Halloween movie series. The music, trick or treaters, and jack-o-lanterns certainly help set the mood, and the characters do feel reminiscent of the types of folks we’ve met in the other Halloween movies. Also, expect to see plenty of Michael Myers walking around Haddonfield and butchering many of its unsuspecting residents in brutal and violent ways. For big fans of the movie series, Halloween Night can be very fun to watch as it feels like a genuine celebration of the movies that inspired it.

Fan films on YouTube have been gaining popularity in recent years, with the Friday the 13th fan film Never Hike Alone from director Vincente DiSanti helping to set the stage for what horror fans can expect from them. That movie just finished filming the sequel Never Hike in the Snow, which brings back franchise star Thom Mathews as Tommy Jarvis. Several Halloween fan films have since been created as well, which includes the 2018 movie The Spirit of Haddonfield from filmmaker Rene Rivas. Perhaps after watching Halloween Night, you can then check out Never Hike Alone and The Spirit of Haddonfield as well, as both are also available on YouTube.

Perhaps the best part of Halloween Night is that it’s completely free to watch in its entirety online. Serving as a fan film made by the fans for the fans, all DeStefano and his crew were looking to do was entertain other Halloween fans while we wait to see Jamie Lee Curtis return in Halloween Kills. Since so many of us are stuck at home for the foreseeable future anyway, now’s a great time to burn an hour watching the new fan film. Thanks to Thunder Knock Studios for unleashing this on Youtube for all to enjoy.

Avenue Beat’s ‘Ruin That For Me’ Video: Watch