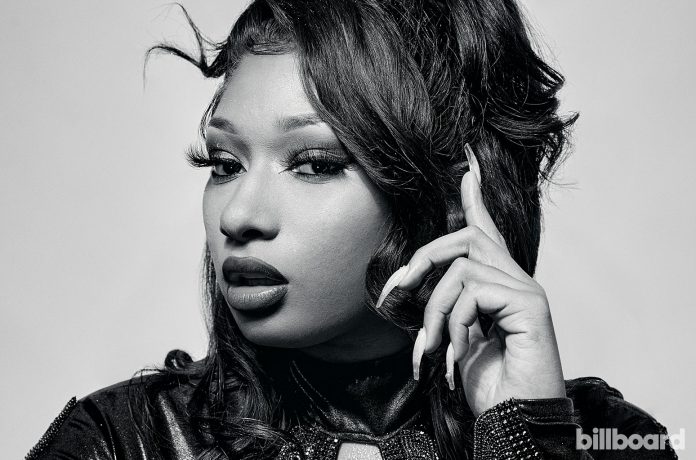 Amid her current legal battle with record label 1501 Certified Entertainment to release new music, Megan Thee Stallion has made it loud and clear that her upcoming album Suga will arrive on Friday.

The “Hot Girl” rapper posted her vibrant album artwork with a “read my lips” message on social media Wednesday (March 4) alongside the nine-song track list, featuring previous single “B.I.T.C.H.” and collaborations with Kehlani and Gunna.

The news comes after a Texas federal judge granted the Texas-bred rapper (real name: Megan Pete) a temporary restraining order Monday against her record label because 1501 Certified Entertainment instructed the distributor of her records “not to release or distribute any of her new music.”

The judge ordered the label “to do nothing to prevent the release, distribution, and sale of Pete’s new records,” which was music to her attorney Richard Busch’s ears after he told Billboard that he’s “thrilled that the world should be able to now hear Megan’s new music on March 6.”

But in an interview with Billboard on Tuesday, 1501 CEO Carl Crawford denied the claim that he and his company tried to prevent the 25-year-old artist from coming out with new music. “It’s a whole lie,” he said. “Nothing is true that she said. Me being greedy and taking money from her, that’s crazy. I never tried to take nothing from her. The only thing we ever did was give, give, give.”

In legal documents obtained by TMZ, 1501 Certified Entertainment stated in her contract that she cannot drop music without the label’s approval. Crawford is planning to fight for his contractual right to control the distribution of her new music by demanding an emergency court hearing Wednesday in Texas’ Harris County before the expected Friday release date of Megan’s album. He filed a motion to dissolve the temporary restraining order she received earlier this week, which could block her plan to release Suga, depending how the judge rules.

See her Suga album announcement, along with the full track list, below.

‘Elf on the Shelf’ Movies and TV Shows Are Coming to…