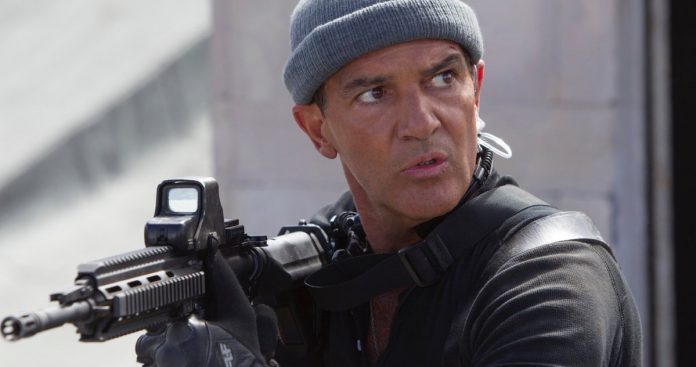 It appears the Uncharted movie is truly happening, as Sony has added Antonio Banderas to the cast, with filming expected to begin in the coming weeks. The studio has also locked down a new release date for 2021. To add even more fuel to the fire, Sophia Ali and Tati Gabrielle have also signed on for the movie, which helps to flesh out the cast led by Tom Holland, who will star as Nathan Drake. Mark Wahlberg is set to play Drake’s trusty partner, Sully.

According to a new report, Antonio Banderas has been added to Uncharted in a unspecified role. Banderas is coming hot off of Pain and Glory, for which he earned an Oscar nomination in the Best Actor category. Some of Banderas’ other credits include The Mask of Zorro, Desperado, Spy Kids and the voice of Puss In Boots in the Shrek franchise. Sophia Ali, meanwhile, is known for her roles in Truth Or Dare and Grey’s Anatomy. As for Tati Gabrielle, she is currently starring on Chilling Adventures of Sabrina and previously starred on The 100.

Uncharted has had a revolving door of filmmakers come and go over the years, with Travis Knight (Bumblebee) and Dan Trachtenberg (10 Cloverfield Lane) most recently spending time with the video game adaptation. Sony has finally locked down Ruben Fleischer (Venom, Zombieland: Double Tap) for the gig. Following the departure of Knight, the movie’s release date was delayed out of 2020. Sony will now release the long-gestating feature on March 5, 2021. Duo Art Marcum and Matt Holloway (Iron Man, Transformers: The Last Knight) penned the most recent draft of the screenplay which, according to Tom Holland, draws inspiration from A Thief’s End, the fourth game in the best-selling series.

Tom Holland, known best as Spider-Man in the Marvel Cinematic Universe, has been attached to play a younger version of Nathan Drake for several years. The idea seems to be to center the movie on a budding Drake in his younger years so that, if things pan out, Sony will have a franchise for years to come. Uncharted, very basically, follows a globe-trotting treasure hunter and has drawn comparisons to Indiana Jones. While fans were calling for Nathan Fillion to play the role for years, it’s easy to see why Sony would bet on Holland here, given his status as a massive, global movie star that can put meat in seats. Holland will be quite busy, as he’s also scheduled to film the untitled Spider-Man 3 this summer.

Video game movies, slowly but surely, have improved, especially in recent years, with titles like Rampage, Detective Pikachu and, more recently, Sonic the Hedgehog, helping to change the narrative. With that in mind, it is perhaps not the worst thing in the world that this project has been delayed so many times, as Sony has the chance to get it right. We’ll be sure to keep you posted as further details are made available. This news comes fo us via Variety.

I’m Not Shutting It Down