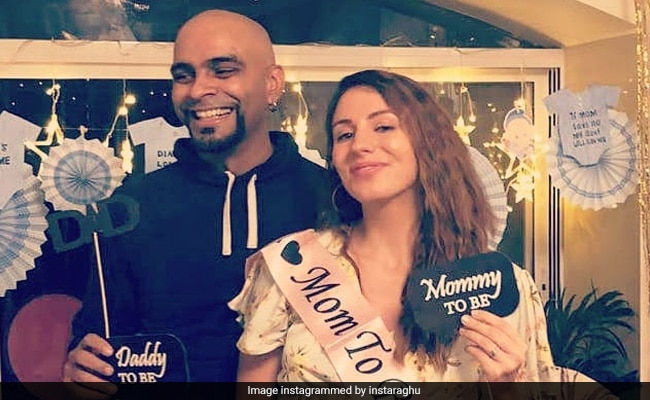 Father-to-be Raghu Ram shared pictures from his wife Natalie Di Luccio’s dreamy baby shower on his Instagram profile on Saturday. The album comprised some solo shots of Natalie and a few pictures of Raghu. In one of the photographs, the couple could be seen smiling with all their hearts and they have all the reasons to. Sharing the lovely album from the baby shower on social media, Raghu Ram wrote: “Such a lovely, fun baby shower it was! It felt amazing to be surrounded by so much love and warm wishes! Thank you guys.’ In a separate post, the TV producer-turned actor wrote: ‘The daddy and mommy-to-be. #BabyShower #NatRa.”

Take a look at the pictures here:

Meanwhile, Natalie Di Luccio also posted pictures from the baby shower and it would be best to describe them as sugar, spice and everything nice. She shared the pictures on Instagram and wrote in her caption: “Gosh, I have the most incredible friends in the world. Thank you so much for throwing me the most amazing baby shower! So many laughs, so much love. I love you guys. #babyshower #mamatobe #gratitude.”

Raghu Ram married model Natalie Di Luccio, in a beach wedding in December 2018. Raghu announced his engagement with Natalie in August and then dropped the wedding news in November. Their engagement ceremony in Toronto was attended by TV celeb Karanvir Bohra and his wife Teejay Sidhu.

Raghu Ram was previously married to actress Sugandha Garg. The couple got divorced in January 2018. He is best known for hosting MTV India reality shows such as MTV Roadies, MTV Dropout Pvt Ltd and MTV Splitsvilla, all of which he produced. He’s also featured in a few Bollywood movies such as Tees Maar Khan and Jhoota Hi Sahi.

ED SHEERAN LIVES IN VIRTUAL REALITY WITH CHANCE THE RAPPER & PNB ROCK FOR...

Joaquin Phoenix Is Not Totally Opposed to Doing Joker 2

Luke Combs, Blake Shelton & Tanya Tucker to Join Keith Urban for All for...