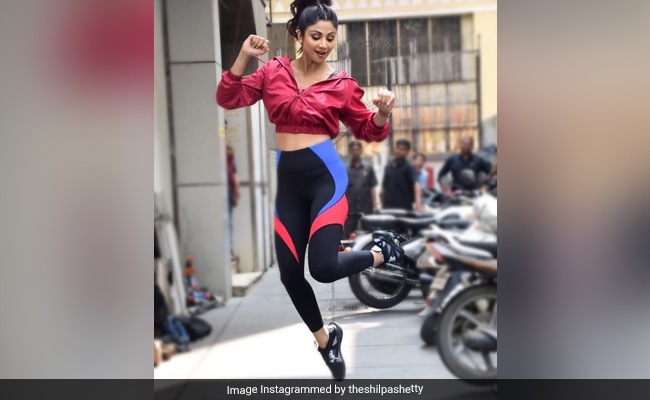 Shilpa Shetty marked 26 years of her film Baazigar in the coolest way possible. On Tuesday, the 44-year-old actress posted a picture on her Instagram profile, in which she could be seen “jumping with joy.” The actress recalled the times when she was shooting for the song Ae Mere Humsafar from the film. Shilpa accompanied the picture along with an extensive note and she wrote: “Jumping with joy… Quite literally. 26 years of Baazigar it is. It feels like yesterday when we were shooting for Ae Mere Humsafar, my first-ever song.” Shilpa, who made her debut with the 1993 film, added, “Immensely grateful for all the love, opportunities, and blessings that have come my way in these 26 years. A big hug to all of you for your continued love and support. Here’s to the next 26.”

Meanwhile, Kajol, who played Shilpa’s sister in the film, shared an adorable video of herself. In her caption, the actress made a reference to the song Yeh Kaali Kaali Aankhen from the film and wrote: “Oops! Still don’t have black eyes.”

Baazigar, a crime-thriller, directed by Abbas-Mustan, showcases the story of a young boy Ajay (played by Shah Rukh Khan), who, in order to seek revenge for his father’s death, decides to destroy a business tycoon and his family. The film’s songs such as Yeh Kali Kali Aankhein and Baazigar, O Baazigar also gained massive popularity.