If you found yourself trapped on a deserted island, and you could summon one character from ‘Sesame Street,’ who would you choose? It seems like an innocent question, but Twitter users had some strong feelings about it. Sesame Street‘s social media team posed the question and gave respondents the choice of Grover, Cookie Monster, Oscar the Grouch, or Elmo. Many jumped to answer the question, including Joss Whedon, who wrote, “Ever heard of Super Grover, you idiots? He’s gonna get stuff DONE. Planes will see him in his cape and Roman helmet or whatever it was. He’s ENTHUSED. He’d do all the cooking for sure. Also will provide a good amount of food when you kill/eat, not like scrawny #Elmo.” Joseph Gordon-Levitt also weighed in, writing, “Breaking the rules. Picking ANIMAL.”
(Mashable) 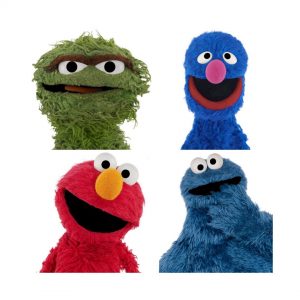 Carly Rae Jepsen – Now That I Found You